CEO Timo Soininen discusses the thinking behind its latest game 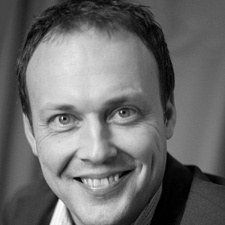 Helsinki developer Small Giant Games has traditionally had more experience in the casual mobile games market with games such as Oddwings Escape.

But despite this experience, the team is now looking to step in a new direction and break new ground, namely with RPG-style titles, while also keeping some of that casual gaming style it's better known for.

Its new game Empires & Puzzles encapsulates these ambitions for a company that previously raised over $4 million in funding.

To find out more about the game and what the developer's plans are, PocketGamer.biz spoke to Small Giant CEO Timo Soininen to discuss how the game has perfomed in soft launch and its other plans for the business.

PocketGamer.biz: This is very different from your previous games. Why the change in genre and audience?

Timo Soininen: The change in direction comes from our experience of launching two casual games and building an appetite to do bigger things: creating games that players can enjoy for months and years, as opposed to smaller, more lightweight experiences.

The change of focus happened due to a couple of steps taken at the end of 2015.

First, in our prototyping sessions one of our developers created an interesting twist to match-3 battling that everyone - external test players included - got excited about.

Secondly, we did rigorous analysis of the success factors of existing hit games and success trends, and saw that what we label as Collect & Battle RPGs continue to grow significantly.

To get to the Top 100 position and stay there, we must seize the initiative.

Thirdly, our game designers formed an idea about a new type of RPG that would feel familiar but combine match-3 battling, base building and hero collecting in a unique way.

We felt that to get to the Top-100 position and to stay there, we must seize the initiative and go for a big, innovative and very social game with immense depth.

Continuing with the casual games, given the monetisation and long-term retention challenges, lack of existing cross promotion network and the huge amount of similar games coming every day, just did not provide us with the opportunities we were after.

Mobile games companies are increasingly looking at brands for new releases. Why have you gone down the original IP route?

Having an existing big IP will obviously help you tremendously to get users and publicity, but it can also be a much more complicated and expensive process, when compared to developing a fresh IP.

Additionally, the value of developing and owning our own IP versus giving out a large chunk of revenue to the owner of the existing IP was another factor.

We created a huge, addictive RPG game in the record time of 11 months and with a team of 12 developers.

I think this would have been impossible with the complications inherent to iterating the game structure, designs and approvals with the IP holders. We had the benefit of a very clear vision and execution plan, which we then delivered extremely fast and efficiently.

What new features are you bringing to the match-3 genre with Empires & Puzzles?

We wanted the match-3 gameplay to feel fresh and to provide action that suits the epic scale the game is about.

The idea we had from day one was that each match on the playfield summons forth a group of soldiers that attacks the opponents on their lane.

We aimed for match-3 gameplay that also works for fast and fun PvP dueling.

This tactical touch resonated well with the players and from there on we just needed to make sure we don’t overcomplicate things, and that the core mechanics work well with the various heroes and special abilities in play.

How big is the multiplayer aspect of the game and how does it work?

Multiplayer and strong social elements are integral to the game concept.

We aimed for match-3 gameplay that also works for fast and fun PvP dueling, and we wanted players to be able to form alliances to hunt down unique monsters.

Players have been very engaged with both features, and we have big plans on how to create even more exciting experiences for the community in the future.

How has Empires & Puzzles performed in soft launch? Can you offer any KPIs?

We are really pleased with the soft launch numbers from Canada and Australia. We have had $0.40 ARPDAU levels, and ARPPUs in the $50 range.

The retention curve has also been quite nicely shaped - we are getting D30 and D60 numbers that exceed the industry benchmark levels for a good, healthy game.

We feel that we do have a great game that users like, and spend a lot of time with it, but the key challenge for a small studio like us is to be able to scale the game with various marketing and UA activities.

The key to UA is to find the right combination of creatives, UA channels and user segments.

The key is to find the right combination of creatives, UA channels and user segments, which would allow us to scale the game profitably.

How do you plan to compete in such a competitive space? Do you have a big marketing push lined up?

We have reserved budget to invest in marketing initially and will channel most of the money coming in back to UA. But given the very competitive situation need to be very creative in our approach.

In addition to existing RPG players, we think that the game will also attract players from some casual games segments, as Empires & Puzzles is very approachable in terms of its core game play.

How big and important is this game for Small Giant?

This is a big game and a big investment for us. It’s great see to see that the initial results are so positive.

When we decided to change direction and started building Empires & Puzzles, it was a unilateral decision from the team. Let’s take the risk and go for the big one. Everyone wanted prove that a small, focused team can achieve gigantic things.

Reply
Pwyller
Empires & Puzzles could be a great game, but sadly the developers continue to ignore the requests of many players for a more fair and balanced game -- it doesn't take one long to figure out the Empires & Puzzle's only purpose is to force players to spend money to advance.
Posted 4 years, 1 month ago