The story of The Frosty Pop Corps 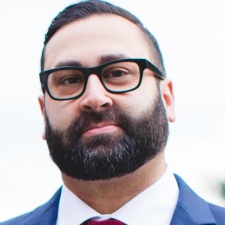 Much is made of the growing difficulty of sustainable independent development on mobile.

With user acquisition costs growing and major companies flexing their muscles, it's a valid concern.

However, indies continue to produce impressive work on the platform, and few have been more prolific in recent years than The Frosty Pop Corps.

Following the launch of his latest game Puff - billed as Flappy Bird meets Downwell - PocketGamer.biz reached out to learn more about Sethi, his approach to development and what it's like being a one-man indie in 2017.

PocketGamer.biz: Please give us a brief overview of your career in game development so far.

Faisal Sethi: My practical experience in game development is still quite novel.

Prior to founding The Frosty Pop Corps in 2014, most of my involvement in the games industry was limited to the infrequent play of Uncharted, and games of a similar ilk, set on the easiest mode possible.

Truth be told, I’m not much of a contemporary gamer.

I’ve been in the creative sector for quite some time though, professionally as a Graphic Designer, Art Director and Creative Director in print, digital and film.

I feel like games are a simple extension and progression for me creatively.

For me, making a game combines many of my creative proficiencies into a singular experience - design, music, writing, problem solving and so on.

I much prefer to be called a Game Designer than a Game Developer - I am not a coder. I am also an entrepreneur.

Actually, my first game (this was just before I founded Frosty Pop) was a social game on Facebook called Quiz Monsters.

It was a lovely game designed to look like the pages of a Maurice Sendak children’s book, and provided me with an unforgiving realisation: this is an industry of both art and commerce. It made no money.

You describe your work as "beautifully designed digital toys". What does this say about your approach to game development?

On a surface level, the complexity of my games is largely elementary, focused on a single, clever mechanic and impeccable design.

When I compare my games with the impressive amount of thought and depth that goes into making “real” games - the scale of some games and the large(r) teams behind them - comparatively, my games feel more like toys to me.

My games are simple like the ones I played with as a young boy, and mobile-first in the sense that I am contemplating the form and function of a mobile device and its inherent limitations when I start the design process.

This also opens up a lot of creative possibilities for me. I see inspiration for games everywhere - a font I might like in a magazine, the color palette of a sign in a bus shelter, a paragraph in a story I am reading.

All of these can inspire the idea of a simple game that I hope someone can enjoy standing in line waiting for their morning coffee at a local café, or curled up on a couch passing time on a rainy Sunday morning alone or with kids.

I do have a few epic ideas in me that are outside of the moderate scope described above, and in time, I hope to be able to bring them to life with the same vigour and attention to detail as my “digital toys”.

The speed of your output is impressive, having launched two games already in 2017. How do you approach this pace of development, and is volume required to make your business sustainable?

I outsource all of my development. This allows me to manage, move forward, or quickly discard multiple projects in parallel, and plan my release schedule accordingly.

If one of my games loses money, another will make up for it.

I have more ideas than I know what to do with. The depth and breadth of my personal creative experience allows me to execute on them swiftly, and with a keen attention to refined details.

This is my unfair advantage. Finding the resources - time, money, developers - to bring them into fruition are my only limitations of significance.

Volume is helpful, but not required. Having volume mitigates the risk of loss to a certain degree - if one of my games loses money, another will make up for it.

Volume also affords the effects of compounding interest. With each new release, my back catalogue of games sees an influx of new players.

More important than volume is quality. Creating a bunch of mediocre products with efficiency, even if they make money, is not a rewarding process for me.

If the game is not at a level I am comfortable with on a personal level, I’d rather take a loss and trash it than put it out into the wild (ask me this question again when I’m filing for bankruptcy).

What is it like being a lone independent developer on mobile in 2017? Has it got harder, or is the so-called 'indiepocalypse' exaggerated?

As a small, independent game developer, I believe it is easier now than ever to make games, but more difficult to make (sustainable) income.

The mobile market is saturated with games vying for the mindshare of the gaming populace, a populace that has generally shifted to an expectation that games (perhaps even music, movies, art) should be free.

In a practical sense, this is not a great business model. I am truly one of the lucky ones, and this is not lost on me on a daily basis.

My games have been featured in the App Store, so my user acquisition costs are minimal. This makes it much easier to break even or turn a profit. It’s something I am super grateful for.

A word of warning to aspiring game developers: hoping to get a feature in the App Store is not a sound business model, either.

You've been featured by Apple 27 times. Does this remain crucial for smaller developers to gain traction, and is this a factor in your decision not to develop for Android?

I want to qualify, I have been featured 27 times, some games multiple times (in different categories and promotions).

My last 16 releases in row have been featured in the Best New Games category (among others) in various countries around the world.

The App Store features have been critical to my success and can be important for smaller developers, with limited resources, to gain traction.

Android games simply do not generate enough revenue for me to justify their cost.

The exposure an App Store feature provides for an independent game is impossible to match without a significant amount of fiscal resources and/or industry connections. Not a revelation, by any means.

Being featured by Apple is not a factor in my decision to forego Android development, in general.

The reasons are commerce-focused: my resources are limited and the return on investment for creating an Android version of my games is minimal at best.

Android games simply do not generate enough revenue for me to justify their cost. Never mind having to deal with rampant piracy, seemingly dozens of screen resolutions, or another platform to support on the customer service tip.

I just don’t have the time or money to do it correctly and with sincerity.

I do think the Android market is large enough to warrant consideration, though (and I have a Nexus 5, just in case).

Recently, I signed a deal with a Chinese publisher to bring some of my titles to Android devices. This helps alleviate many of the issues I mentioned above.

Have you found iMessage stickers to be a good revenue stream? In your experience, are consumers more willing to pay for them than premium games?

I do get the sense that consumers are more agreeable to parting with their hard-earned-cash-money for stickers than premium games. Quite a revelation, really.

An entire ecosystem completely foreign to me (the Snapchat generation, I suspect). As a qualification, I think it’s still a comparatively smaller group of consumers than gamers, though.

But iMessage stickers are another good example of the compounding effect.

They are not necessarily a good revenue stream, but they are another way to capture the mindshare of an audience with minimal additional investment.

iMessage Stickers are inherently social and therefore implicitly promote my brand and games when they are downloaded and shared.

Plus, they are fun to make.

What was the thinking behind your most recent game, Puff, and how long did it take to develop? What are your hopes for it?

At its root, Puff is my attempt at answering a benign question of little international significance: What if Flappy Bird and Downwell had a love child with the shakes and a penchant for dubstep?

Using that as a starting point, the gameplay and principal movement of the protagonist (as a consequence of shooting left or right) began to take shape.

Taking a cue from my childhood retro-gaming experiences and inspirational source material, I fixated on simple, chunky pixel art and a limited color palette as an aesthetic choice for the look and feel of the game.

From conception to release candidate, Puff took about 6 weeks to complete, and my hope is the game provides gamers and non-gamers alike with a burst of a nostalgic arcade action that will inevitably make their faces dissolve into an uncontrollable grin.

If anyone reading this knows the gentleman or woman that scored 232,113 in Puff, please give them a well deserving bear hug, and kisses on both left and right cheeks.

What can we expect next from The Frosty Pop Corps?

Well, to exemplify the creative, schizophrenic mind at work - and perhaps reiterate that my inspiration comes from myriad sources - I am currently working on...

The update for Teeter and my puzzle game rvlvr will likely be released in tandem, and should be out at the end of March or early April.