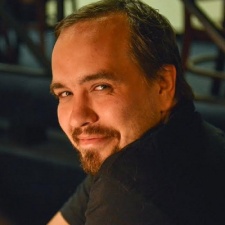 Former Product Manager Mike Sviblov took the helm as Head of Publishing and began the task of finding externally-developed games that could benefit from ZeptoLab's resources and know-how.

“We have more than one billion installs of Cut the Rope titles, so we have an audience,” Sviblov tells PocketGamer.biz at White Nights Prague.

“We have good expertise in user acquisition and analytics, so we decided to share our knowledge.”

ZeptoLab's publishing efforts have begun modestly. The company has just opened up a new platform for developers to submit their games, but only five of its more than 120 employees are dedicated to publishing right now.

Sviblov says that number will likely grow as ZeptoLab expands its publishing stable, but it has no plans to publish a high volume of games.

“We don't want to be a publisher with tons of titles, we just want to find one or two and focus on it for a long time,” says Sviblov.

“So we are looking for midcore projects with long life-cycle and strong monetisation potential.”

ZeptoLab's own midcore title, King of Thieves, launched more than two years ago in February 2015.

And having continued to grow, it's been the blueprint for what ZeptoLab hopes to achieve with its publishing projects.

“In publishing, we want to use the same strategy as with our own products. We worked with King of Thieves, and now it has better metrics than two years ago at launch.

“It's grown, we make updates every month, and we are thinking about a second version.”

Pots on the boil

For Sviblov and his team, events like White Nights Prague have been key in reaching out to developers and finding games to publish - especially at this early stage.

We want to focus on the character of Om Nom, but not necessarily the Cut the Rope mechanics.

“[We have] two projects on testing, and I think that from Casual Connects and White Nights we'll come with some new projects,” he reveals.

“This year we will have one or even two games [on the publishing side].”

But despite this new direction for ZeptoLab, Sviblov is keen to make it clear that development remains ZeptoLab's number one priority.

“First of all, we are developers,” he says. And on that side, as well as the internal consideration of a second King of Thieves game he mentions previously, Cut the Rope's Om Nom is the focus.

“We want to focus on [the character of] Om Nom, but not the Cut the Rope mechanics,” Sviblov adds. “Although we think about new Cut the Rope titles too.”

But ZeptoLab isn't content just to rely on its existing IP and is actively looking into developing “some absolutely different games from Om Nom and King of Thieves”.

With this combination of new, existing and published IP on the cards for 2017 and beyond, this could well be the most exciting time for ZeptoLab since Om Nom first graced our iPhones in 2010.