Pixonic on maintaining its quality-first ethos after Mail.Ru's $30 million acquisition 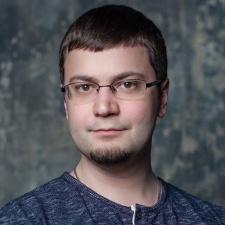 Founded back in 2009, Moscow-based developer Pixonic began life as a publisher for social networks.

It transitioned to mobile in 2011, launching the casual island builder Robinson. The game enjoyed moderate success, but Pixonic's true passions were elsewhere.

“We decided to do something that was closer to us as gamers: we went to hardcore-midcore and PvP,” Pixonic COO Igor Klyukin tells PocketGamer.biz at White Nights Prague.

“I guess it was the right decision.”

Indeed, this strategy led to the launch of War Robots in 2014, a game which has enjoyed revenues of $1 million a month and inspired the acquisition of Pixonic for $30 million by Mail.Ru.

“Since the foundation of our company, we had a lot of people on the board - a lot of investors,” says Klyukin of the circumstances behind the deal.

“It was hard to continue to grow with a lot of people on board with different opinions, and sometimes it was hard to manage everything. We decided to make this deal. Everybody wins from that, on all sides.

“Now we are happy to be part of Mail.Ru - [but] still a separate business unit, because it's important for us to keep our speed, to keep our company culture and to be as flexible as we can.”

Early to the party

War Robots remains Pixonic's flagship game, and Klyukin believes that its continued success is down to it being the right game at the right time.

“With War Robots, I guess we found the trend before it was obvious,” he reflects. “We had a few years to develop it before it became obvious for all others.”

When we make the game more interesting, retention and willingness to pay increases.

The trend - or rather trends - to which he refers is “midcore, good visual effects, 3D, and of course online PvP”.

But the story of War Robots hasn't been one of explosive, immediate success. Rather, Pixonic's carefully considered tweaks have promoted growth over time.

“For the first half a year, almost a year, the game wasn't so profitable,” Klyukin reveals. “But we worked on its quality, and then we could start to boost our marketing - the second point of growth.

“When we make the game more interesting and more entertaining, the retention of players increases and their willingness to pay increases - which means you can boost your marketing… it's a cycle.”

For Pixonic, quality of gameplay is always the first priority. This is why the firm only introduced in-game events, a staple of long-term free-to-play success, less than a year ago.

“We didn't want to lose focus,” he considers. “Other development companies focus on in-game offers and forget about the game.

“If there is a problem, game designers don't think 'what is the issue with this content? Maybe we should rebalance it'… they start thinking 'maybe we should make a greater discount, or put a banner in the user's face more frequently.'”

Klyukin suggests that gameplay is falling down the pecking order when it comes to the priorities of free-to-play game developers, and that this is not conducive to creating enjoyable experiences.

Furthermore, he explains that any developer putting monetisation before enjoyment is creating an unnecessarily adversarial dynamic with the player.

Players don't pay for your game because they have to, or their life depends on it.

“There is an approach - a wrong approach, I believe - where game developers think of users as some kind of… not an enemy exactly, but not a partner,” he says. “The game developer wins when they get money from them, and users lose.

“But you're making a game. Players don't pay for your game because they have to, or their life depends on it. They pay because you made something valuable for them.

“If you keep that in mind, you will do good offers, good game events… make your players happy and they will pay.”

The bulk of Pixonic's development staff remains committed to War Robots, but that situation is set to change as work on other projects gathers pace.

One is a mobile game built around PvP, and the other is a virtual reality title set in the War Robots universe - for both PC and mobile-based headsets.

Precise details of these games are thin on the ground at present, but what is clear is that they are being built with the same quality-first, player-friendly philosophy as War Robots.

Even a $30 million acquisition hasn't changed that.