231 Play on going back to basics to find a niche 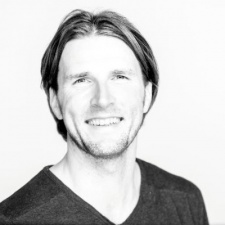 In May 2016, Thomas and Matthias Hoechsmann founded Berlin studio 231 Play.

The pair had previously enjoyed early App Store success with their own studio Gamedoctors, which was subsequently acquired by Zynga - where the pair were Studio Directors until 2013.

Speaking to PocketGamer.biz upon the formation of 231 Play, Matthias Hoechsmann explained that in an industry increasingly leaning towards midcore, he was interested in exploring the opportunity at the other end of the spectrum.

"There is a base of players who currently don't have many options, because it's not where the industry's going," he said at the time.

231 Play set out with the mission to "bridge the gap between generations of analogue and digital gamers”, and its first effort was memory game Peppy Pairs.

Now the game has been launched, does the studio remain confident about fulfilling its goals? And would its founders advise others to follow suit?

To find out, PocketGamer.biz reached out to Matthias Hoechsmann for an update.

PocketGamer.biz: It's coming up to a year since you founded 231 Play. How do you reflect on the studio's life so far?

We have come a long way. We have produced and self-published our first title - Peppy Pairs - on the App Store, Google Play and Amazon App Store, and are hoping to launch on Facebook Canvas soon.

Peppy Pairs has the polish and production value you would expect from the biggest mobile studios, and I am excited that we pulled this off with a very nimble team.

The mechanics of memory games can be put onto a framework of good mobile design principles.

We were always looking beyond the first game, and it was clear that we needed the learnings of our first title to succeed in the long run and build a team, tech and infrastructure.

Peppy Pairs has been very well received by our players, who appreciate the fresh approach, and it also looks like we can sustain and grow the game based off this passionate user base.

PocketGamer.biz: The aim back then was to establish a market for super casual experiences. Has this been a success so far?

I think that rather than aiming at “super casual” experiences, we’ve been looking for ways to make simple-but-familiar mechanics work on mobile.

In as far as we’ve been able to use undersaturated game mechanics, things are working out quite well. In the case of Peppy Pairs, we’ve seen that the mechanics of memory games - luck and skill - can be put onto a framework of good mobile design principles,and it works. Players have clearly appreciated it, too.

The only challenges have been with missing benchmarks. There hasn’t been any other free-to-play memory games that have been successful in monetising or engaging players, so we don’t have anything to measure against.

What has been a surprise is how our audience has reacted to the game as a combination of casual and brain training, which is a new territory for us.

What did you learn from the Peppy Pairs soft launch and what changes did you enact as a result?

First, we ensured stability. We had a super smooth launch - you only get a five star rating if players like the game and there are no (or few) technical issues.

We learned about our core audience: aside from monetisation, a soft launch in (for example) the Philippines paints a quite accurate picture for many metrics.

We made changes like tuning the difficulty of the game and adding rewarded video into the core loop of the game.

It was never really a viable option for us to cut the game in soft launch because we needed to go through all steps of the development and game ops life cycle.

The ‘fail early’ mantra as propagated by studios like Supercell is right, but idealised: you need to have a very clear understanding about what failure and success means and be able to afford failures.

Sometimes, you have to make a choice that’s not the best possible one, but in the end still viable and a place from which you can iterate to success.

How happy have you been with the recent worldwide launch of Peppy Pairs?

In addition to our Google Play launch, we were extremely happy that Apple recognised and featured Peppy Pairs worldwide.

Following the initial launch spike, we are now growing the game around our core audience.

Peppy Pairs was localised in nine different languages and we took care to create a great platform experience.

For us, the worldwide launch is just the beginning - following that initial install spike, we are now growing the game around our core audience.

You've noted that 80% of Peppy Pairs players are female. Have you noted any other interesting stats about the players Peppy Pairs attracts and how they play the game?

The high percentage of female players is a very typical distribution for casual games.

However, we’ve been interested to see that players have responded to the game as a brain training game.

You've said that the brain training aspect of Peppy Pairs has proven popular. Is this something you planned for, or a happy accident?

It was not something we had completely planned for - we knew there were aspects of the game that would appeal as a brain training game, but that fact that it has been our best selling point is certainly welcome.

As I mentioned, originally we were looking at what underused mechanics would work with known mobile best practices, and the combo of luck and skill in memory games seemed like an obvious fit.

Our perspective is that it looks like we have created a new kind of brain training game that plays like a true casual game and not like a benchmark test.

You took some time out of the industry between Zynga and founding 231 Play. How much has the industry changed? Any surprises?

It changed a lot - and keeps changing - but it also converges towards clear playbooks.

The problems of saturation are real, and many companies double down on rather old titles. Unlike in the past, it is difficult to build long-term engaged audiences for a new game quickly.

It is still possible to self-publish as an independent developer, especially with a niche game.

While there are always breakout surprises (like Pokemon GO), that success is not predictable, and I have seen many games that slowly grow and iterate their way to success. I am curious to see the next surprise!

My takeaway is that it is still possible to self-publish as an independent developer, especially with a niche game.

Discovery and user acquisition are the biggest problems, but user acquisition isn’t a secret anymore. Everybody can buy installs on Facebook, and there is lot of shared knowledge and professional assistance to facilitate that.

Once Facebook is maxed out, you can look at other paid channels.

On the other hand, the value of publishers has become clearer. I still remember the times when mobile publishing meant that the publisher just got the game featured.

Now, the value of a mobile publisher can be better assessed by the installs from their network or live-ops experience they can provide.

All things considered, do you feel that this is a viable space for developers to target? Will your next games take the same approach?

We want to keep innovating on ubiquitously known mechanics that are undersaturated.

We want to leverage what we have built with Peppy Pairs and are currently proving the ongoing value of a well-understood game genre.