CCO Petri Järvilehto on the game's life so far 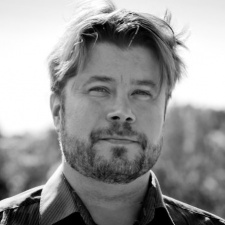 In this entry, we speak to Petri Järvilehto, CCO at Seriously, about the 2014 matching puzzler Best Fiends.

PocketGamer.biz: With Best Fiends now more than two years old, how do you reflect on its performance - from launch to the mature title it is now?

Petri Järvilehto: Building a new startup and succeeding with our first launch was something that happens rarely, so all this has been very exciting.

On many levels, it feels like we’re still just getting started. When we launched the game, we basically went really early with the initial core of the game - we had about 100 levels at launch, now we’re over 1,000 - and then really started building it up with the audience.

We treat the app like a live service with updates every three weeks, adding more content, features, characters and gradually revealing more of the world.

The Best Fiends series is now over 60 million downloads, with more than $65 million revenue.

Overall the game has performed very well. We’re now over 60 million downloads - with more than $65 million revenue - lifetime on Best Fiends and Best Fiends Forever, and the games are rated very highly with great retention and daily engagement.

As our ultimate goal is to build a brand with Best Fiends that we can extend across a range of media, we really focus on those three areas - and with DAU in the 1.6 to two million range, it’s clear the game is connecting well with the audience.

We are working on some features now that will take the experience to an ever better level.

How big is the team currently handling live ops on Best Fiends?

The product team is now about 20 people.

Live operations and customer support are super important. The days of finishing a game and moving on are pretty much in the past.

Nowadays, you really need to keep building up and improving all the time. We’re not working on products, we are working on services that need to be dynamic and live.

That’s huge effort from the entire team. We push ourselves hard every day and every month.

And we treat our customer service as the front line of our marketing team. Across the company we reply to tweets, comments and try to interact with the community as much as possible both online and offline.

It’s made a world of difference. With the best recent updates, we’ve been seeing almost 60 minutes average daily playtime, up from the original 35 mins per day, which was already good for a puzzle game.

Starting to play Best Fiends today is a much more optimised experience than what it was at launch.

And obviously, the players generally love the fact that they’re getting more content and even better UX and gameplay as the game keeps evolving.

We also spend time going back to older levels and if there are things that we don’t like or think could work better, then we change those around or enhance them.

So starting to play Best Fiends today is a much more optimised experience than what it was at launch.

I think that’s been part of the reason our ratings are holding up so high, even though the competition is getting tougher all the time.

And there’s always room to improve.

How big a role have your creative UA and influencer campaigns played in ensuring that Best Fiends maintains a sizeable and active player base long after its launch?

We’ve focused the majority of our marketing around creative and influencer campaigns. It’s worked out really well and has been key in building up the brand and the presence.

Some of the campaigns have been incredibly successful. For example, when we launched our “Don’t Download Best Fiends” campaign, the video has hit nearly 20M views on Facebook and YouTube and eventually went on to win the Best YouTube Ad of 2016 award, which was amazing.

Working with Kate Walsh, Rosanna Pansino and Joey Graceffa was awesome and most of all, the fans really loved the piece. More good stuff coming along those lines later on.

We’ve tried to fight marketing battles where we have a shot at winning, and as we have very small budgets compared to the biggest players in the space, we focus on trying to outperform creatively.

This year you will see us move up the value chain and build out our own video content.

If last year we really built some nice momentum and growth on the back of other YouTube creators, this year you will see us move up the value chain and build out our own video content.

What has been the impact of Best Fiends Forever on Best Fiends? Has cross-promotion between the two titles proven successful?

We linked both games via cross promotion, so that you can find either one easily and you can seamlessly task switch between the games if you have both of them.

It’s worked out really well - and it’s a convenient UX for the players - and whenever one game gets a boost of new players, the other game benefits.

In general, we were super happy to see Best Fiends Forever launching strongly.

We got over 10 million downloads in the launch window, Editor’s Choice on both iOS and Android as well as great reception from the players, so the IP is certainly starting to resonate well and we’re super excited with some of the new Best Fiends things we have in the pipeline.

We’re now generating over $100,000 per day as a company, but as we say, we feel we’re just getting started - so excited to work to take it up a level this year.

What lessons have you learned/are you still learning from Best Fiends? Is there anything about the game that, in hindsight, you'd now handle differently?

There’s always so much that you just have to learn with each game.

But I think large part of those learnings are things where you just need to go ahead and get the first version out, and then iterate fast to build it up, trying to get ever closer to perfection.

What's next for Best Fiends in 2017 and beyond?

We have a strong roadmap of games, animations and products we are excited to announce and launch in 2017!

First up, we’ll have some pretty novel things launching in May on the animation front. And there’s much more to come with new games in the Best Fiends world, too. We’ll have more details on that coming soon.