The power of social, 3D games on iMessage and much more 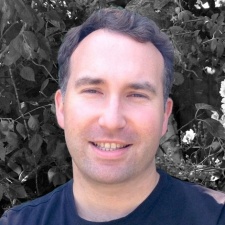 Established in November 2016 by former Zynga UK GM Matthew Wiggins, MojiWorks has hit the ground running with its commitment to developing games for messaging apps.

The studio has quickly grown to ten people strong, setting up shop in Guildford, in what Wiggins calls a “period of rapid experimentation” for the firm as it ploughs a furrow in the new medium.

MojiWorks was quick to launch its first iMessage game, the cooperative RPG-lite MojiQuest, and the response has been heartening for the young studio.

“That really outperformed what we were expecting, both in terms of normal KPIs and player reactions to it,” Wiggins reflects.

“[But] it's a pretty simple game and developed relatively quickly, so I wouldn't say it's the best thing we can do.”

Best is yet to come

“The developer relations guys at Apple have been extremely complimentary about the game, because we are pushing things really, really hard,” says Wiggins. “Much harder than anyone else on iMessage.

“All of the things you'd expect to find in a well-polished iOS game, we've got running in iMessage.”

Bowling is a natural fit for iMessage, with its turn-based nature suiting the asynchronous engagement patterns of the platform.

And while MojiWorks worked hard to add personality to the experience with unique bowling balls and modes, it's the essential, intuitive nature of the experience that Wiggins and his team are keen to experiment with.

But more broadly, the cooperative experience of MojiQuest is more closely aligned with the firm's longer-term vision for the platform.

“MojiQuest was actually, from a design perspective, fairly ambitious because it's a game about collaborative play,” Wiggins reflects. “That's actually where we believe message gaming is going to go.

“Let's say we were making Clash of Clans iMessage, what would be interesting is if we were actually creating our base and building our units in a collaborative way, making choices about this thing that we own together.

“Adding another layer of gameplay - that's the most interesting thing about it… it can be truly, inherently social.”

Of course, this potential is something that's not easily communicated to consumers at such an early stage - hence why Wiggins is so keen to reiterate that the company is still in an experimental phase.

However, the massive user bases already possessed by iMessage and Facebook Messenger give him confidence that this isn't another false dawn for the mobile industry.

“With messaging, we're very confident because of the number of users already there,” he says. “The obvious comparison is the [Apple] Watch.

“The watch gets announced, you get a load of startups doing stuff with the watch app store. As far as I'm aware, that is not a big opportunity… those companies were trying to build a business on the back of an audience that's starting from zero.

“Thinking about iMessage plus Facebook Messenger, that's a really large number of users - in the region of about 1.5 billion DAU, stretching over every kind of market.”

MojiWorks was initially billed as an iMessage-only studio, but after announcing its funding on the same day as the Facebook Instant Games announcement by “complete fluke”, Wiggins confirms that the studio also has Instant Games projects in the works.

However, it's not as straightforward as simply dumping an iMessage game on Facebook Instant Games, or vice versa.

The first issue is a technical one, with iMessage a native iOS platform and Instant Games using HTML5, but Wiggins believes that each also demands a different design approach.

“They're different projects, because we think at the moment the two platforms have different strengths,” he says. “We want to try different things out on each.”

One such consideration is the fact that, while Instant Games currently can't monetise at all, the likelihood is that anything approaching IAP would be restricted by platform holders - suggesting that ads will be the favoured approach.

Wiggins also adds that MojiWorks has been making other considerations about the nuances of each platform, including the fact that those connected on iMessage are more likely to be closer friendship groups than those on Facebook.

“We'll continue to do games on both of them, and discover more and more as the platforms continue to change,” he says.

Something that would be a welcome change for many developers, especially on iMessage, is increasing the visibility of games.

iMessage has its own App Store, but Wiggins feels that “most people don't know it's there".

“From our point of view, it's be fantastic if the first thing you saw when you opened the messaging app was the store,” he considers. “But that would be a terrible user experience for a lot of people.

“[Apple] have got a quite difficult problem there.”

MojiWorks' workaround for this is to have apps for its iMessage games on the regular App Store as well, offering a streamlined experience and bagging some valuable homepage space.

“With Moji Bowling, we've used it as a full onboarding process,” explains Wiggins. “You can start matches from within that app.”

This means that the user never needs to go through the iMessage App Store at all in order to play the game.

“As people who are really leading the charge on these platforms, I'm not going to sit back and say it's entirely up to Apple or Facebook,” Wiggins concludes. “We need to play our part.”

US publisher Scopely’s Yahtzee with Buddies lands on iMessage

Chat app gaming: Let us know what you think