Jobs in Games: Sega Hardlight's Joe Stone on how to get a job as a Game Director 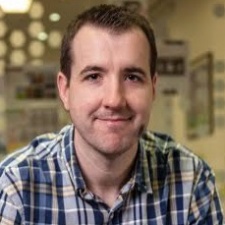 This time, the spotlight is on Joe Stone, Game Director at Sega's UK-based mobile development team Hardlight. You can learn more about how to get a job at Sega Hardlight specifically here.

Joe Stone: As a Game Director, I am responsible for making sure all team disciplines (art, design and code) work together as efficiently as possible.

I am often the final decision maker on any key design and art style choices. I also act as a communication portal between the developers and the wider publishing business, ensuring everyone is kept in the loop on the project changes that can often occur.

Hardlight's mantra was to focus solely on mobile games, which was a challenge coming from console.

As an artist, I still spend a lot of my day-to-day activities ensuring the art style is kept consistent, built to a technical specification, working with outsource companies and contractors, and even fixing a few bugs.

I started my career as a junior artist back in 2004, working for Core Design on a number of PS2 and PSP games.

As an artist, I was always a generalist - building props, environments, FX and even a few characters. I was fascinated and driven to learn new systems, software and methods for developing 3D models and worlds.

When I started at Sega as a technical artist, I was privileged enough to work for the Sega technology group developing game prototypes and systems to help our third-party developers, which was one of the highlights of my career.

When we formed Hardlight (around 2011) our mantra was to focus solely on mobile games, which was a challenge coming from a console background.

This was my first Lead Artist role but the team was a small and positive group, so it felt like a great opportunity to manage the art on an entire project.

I am sure we made a lot of the same mistakes most other developers made at the time, but over the past six years we have become a much more efficient team.

Now, as the Game / Art Director, I am responsible for a team of 30+ people across two to three projects and the challenges don’t get any easier - but I wouldn’t have it any other way.

As a child, I was fascinated by computers and modifying games.

I would spend hours designing game characters and levels for games like Quake and Doom. The more modifications I built, the more I understood about how games were made.

Eventually, I began to realise that this dream could become a reality if I had a way to show off my talents as a creative.

A few people I knew in the mod scene were lucky enough to be offered industry jobs, which was a massive driving point for me to learn more and teach myself games development.

I always knew I wanted to get into the industry, but never thought it possible to get paid doing what you loved.

I learned a lot of the basics of 3D simply by studying online tutorials and talking to other artists, in forums, etc.

My degree in Interactive Entertainment was far too broad to be useful so I wouldn’t recommend it to anyone else.

When I left school, I wasn’t sure where or how to break into games. Encouraged by my parents, I finally settled on a BSc degree in Interactive Entertainment at University.

It covered a very broad range of modules in art, programming, music and video. When I graduated, I soon realised that my knowledge base was so wide that I wasn’t proficient in any one discipline, so I struggled when applying to game studios.

Looking back, my degree was far too broad to be useful so I wouldn’t recommend it to anyone else. I had to rethink my career and spent about 18 months of my own time while holding down a part-time job to try and teach myself 3D art and ultimately develop a stronger art portfolio.

Is there anything about the job/industry you wish you had known when first joining?

My experience at university left me with huge holes in my skillsets, and I soon realised as an artist it is your portfolio that sells your talents - not your qualifications.

Had I been armed with this information when I left school, I feel I would have spent longer teaching myself and working on a stronger portfolio and avoided the huge student loans and debt.

Don’t be afraid to be a generalist, especially in the mobile industry. Most mobile developers are small studios - 50 or less staff - and as a small studio you will need to diversify.

Our art team is only seven staff members so each is expected muck-in where they can to get the job done - lighting, effects, animations, modelling, texturing, UI and illustration.

The more talents you have, the more you can pick up and the more variety you get in your daily routine.

The mobile industry is advancing rapidly, and will soon catch up with console games to push new technologies into the palm of your hand.

However, it's important remember the huge install base of older handsets that you will need to support.

I would advise any artists keen to work in the mobile industry to study and master low-poly modelling and texturing for low specification game platforms - an invaluable talent that seems to have been neglected by the universities syllabus in the past few years.