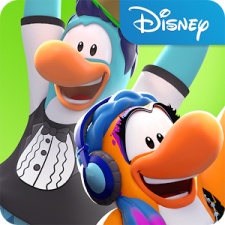 The original Club Penguin MMO was launched to the public in October 2005.

The game, developed by New Horizon Interactive, quickly became a big hit. Such was its success, it attracted the overtures of Disney, which splashed $350 million on the game and company.

The deal could even have been worth $700 million in total had certain profit goals been met.

But over the last couple of years the game had entered decline, naturally after 10+ years in service.

In an effort to reenergise the IP, Disney made the decision to shut down the original Club Penguin on March 29th 2017, and replace it with mobile-only successor Club Penguin Island.

While taking many cues from its predecessor, Club Penguin Island is a whole new game built from the ground up for mobile devices.

Speaking to PocketGamer.biz, Disney VP of Kids and Casual Games Jim Molinets said the decision to take the game offline and move it in a new direction was made about a year ago following discussions on how to make the game relevant for 2017 and beyond.

And to bring it in line with new player expectations, the development team concluded it had to “abandon our old technology and old platform”.

“They started with that idea, but then they said well what if we could take the idea of creativity and bring it to the mobile platform, and how would we do that?

"Then the third thing is, when we think about the island, the island has a lot of stories to tell and has told a lot of stories, but when we look at what they’ve done with the storytelling and narrative on it, the mythos on Club Penguin, a lot of the stuff there that has already been done is on the prior format.

“So we’ve got a bunch of these users that have engaged with Club Penguin and they’ve either churned out or they’re still there, but we haven’t really provided any type of deep layer, new mysteriousness around the island.

The old platform is just no longer relevant and frankly it’s 11 years old so it’s very hard to maintain.

“And the team wanted to go back to the roots on the creative side and say, okay, what new stories can we tell? In order to do that, we had to hit the reset button a little bit, begin with a fresh slate, and look at those three pieces combined.

“So how do we engage the audience correctly, provide it on a format that we think is engaging for the long-term and how do we reset our ability to be creative with the brand in and of itself.”

The team was in the difficult position of requiring new technology to bring the game up to date with modern player expectations, but risking losing the subscription base it had built up over the years.

Molinets though is confident that the IP is still popular enough to transfer away from the original browser and mobile experience to a brand-new title.

“We feel like there’s a tonne of brand relevancy,” he says, adding there’s an opportunity to link up with its partnerships with the Disney Channel, Consumer Products and create its own media, such as Disney shorts like it has in the past.

“There’s a lot of opportunity for us to continue to go back to the well with Penguin, and there’s no brand degradation or listlessness about the brand at all for us.”

Early signs for Club Penguin Island are promising. According to App Annie, the game reached the top 10 in the App Store overall download charts in seven countries, and top 100 in 52.

In markets such as the US, Canada and UK, it broke the top 20 in the days following its launch.

In terms of rapid adoption, it shows that brand relevancy Molinets claims rings true, though to what extent is difficult to tell at present.

It’s not just new technology and a new platform focus, Disney has also revamped the gameplay. It retains many of the key pillars of the past, which Molinets highlights as creativity, role-play, engagement, safety, and the ability for people to be who they want to be.

For all intents and purposes, it’s still an MMO with a focus on social interactions.

But what’s new to the Club Penguin world is the idea of directed gameplay. This can include, for example, a boat running up ashore, giving players the task of fixing the leaks.

It’s really about sustaining and building that idea of Penguin as a social space, inclusive with the directed play.

“When players commit to the experience, they’re not just waiting to find friends, they’re not overwhelmed somewhat by the fact there’s a tonne of things to do or that they’re not really sure where to go,” Molinets explains.

“We give them the ability to follow a chain of quests to get integrated and learn about the island. Through that, they’ll learn about social, friending, creativity and customisation, some of the special features of the island and start to explore some of the mythology behind the new version of Club Penguin.”

Molinets says the questing acts as a useful tool to get players socialising in the game, taking them to different areas of the island they may not have been to before and taking part in new activities.

There are also social quests specifically associated with chatting with other players.

“It’s really about sustaining and building that idea of Penguin as a social space, inclusive with the directed play and the standard approach of go out and have fun on the island and make new friends,” he says.

Of course, being aimed primarily at children, Disney has had to ensure the game’s payment options suit the target demographic, and make certain its security protocols are up to scratch.

Club Penguin Island will retain a subscription model now priced at $4.99 a month and will not include any IAPs. Molinets says this is to make a clear value proposition to parents deciding whether their kid can download and play the title.

He also promises Disney is doing as much as it can to make young players safe in its social MMO, building on the tools it has used in the past.

“Club Penguin is renowned for safety in terms of the backend tools we utilise to make sure there are no inappropriate conversations, grooming activities or anything else happening on the island,” he says.

“We’ve taken the idea of that as a baseline and added additional tools on top of that which allow us to do some more automated solutions in order for us to make sure we’re prioritising potential concerns more quickly.

“And we get them to the physical moderators in a much more timely fashion. It’s a really robust system that we’ve tested out for about a year and a half now.”

After an effective reboot of Club Penguin, Molinets believes the IP is in a place where it could conceivably last for another decade, both on mobile and future alternative platforms.

“We really feel like this structured plus unstructured play modality is going to give kids an amazing experience that will last them hopefully for years,” he concludes.