VP of Product Johan Persson on the game's life so far 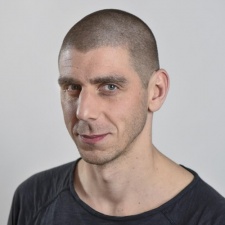 In this entry, we speak to Johan Persson, VP of Product at MAG Interactive, about the 2012 word game Ruzzle. It celebrated its fifth anniversary on April 30th, and remains one of the world's most played word games.

PocketGamer.biz: With Ruzzle now more than five years old, how do you reflect on its performance - from launch to the mature title it is now?

Johan Persson: For me, it’s amazing to see how long-lived great mobile games are.

When we built Ruzzle, which is our studio’s first game, we never dreamed of the game having such a healthy community five years later.

At its peak Ruzzle had 10 million daily active users. While it’s much less now, the millions of players that still play the game are highly engaged and spend a lot of time in the game.

From the looks of it, we will still see millions of players engaged in the game in another five years.

There are no signs of players leaving and from the looks of it, we will still see millions of players engaged in the game in another five years as well.

How big is the team currently handling live ops on Ruzzle?

We have a large number of people still working on Ruzzle.

The product team working on new features in the game currently consists of four people, but many more people in the company work on live operations for the game.

Ruzzle is a high volume game and to handle all the inbound support we need to have a quite large customer support team.

Since the game is localised to many different languages, it’s also very important that we have staff that speak all major languages.

The support team work closely with our QA team to make sure that we take action on player feedback.

The game has seen continuous updates over the years. Sometimes we release only a couple of bug fixes, but very often we add new or improved features that we hope will make our players continue to enjoy and play the game for many years to come.

All major feature releases have seen a great increase in player engagement. When we released tournaments in Ruzzle, the number of rounds played doubled, and now two years later that is still true.

We’ve recently launched Team Play in Ruzzle, where you can team up with your friends and compete against other teams, again with a big increase in engagement.

I think this shows that you can add a lot of value by continuously developing your older games.

How has Ruzzle remained competitive in a crowded mobile puzzle space? Have you adapted to emerging trends in the genre post-launch?

Ruzzle is in many ways the perfect casual mobile game; easy to pick up but hard to master and highly social.

You can play the game for years and still progress your skill level and I think that’s important.

Some players enjoy meeting new people and play the game very casually, while others are highly competitive and spend hours per day trying to win tournaments.

You can play the game for years and still progress your skill level and I think that’s important for all games. The core gameplay should be rewarding in itself, over and over.

During the first week, Ruzzle got one million downloads. Now, five years later, 10% of those players still play the game regularly.

Currently, over 70 million people have downloaded Ruzzle, something we are very proud of.

What lessons have you learned/are you still learning from Ruzzle? Is there anything about the game that, in hindsight, you’d now handle differently?

After six months we had around six million downloads and began to see a downwards trend. For us, this was an indicator that this was the peak for Ruzzle and that we should start working on our next game.

In hindsight, we should have spent all of our time on Ruzzle. Six months later we had 10 million DAUs, over 700.000 downloads per day and a global hit.

Great games never really die and should get the love they deserve.

This definitely taught us that great games never really die and should get the love they deserve. Now we live operate and continuously update all our major games.

Next we will celebrate the launch of Team Play and five years of Ruzzle with our players by running a global Team Play competition.

The competition will run until the end of April. During the month, our fans have the chance to win Ruzzle merchandise, 10,000 Ruzzle coins and other in-app features.

We are also excited to have our very first Ruzzle TV campaign live in Italy during April.

Ruzzle is one of our most important games and we will continue to support it for years to come.

While I can’t disclose any details, we have some really exciting stuff in the pipeline.

MAG Interactive's Chris Peters on the importance of live ops