Jobs in Games: Ludia's Charles Taylor on how to get a job as a Narrative Designer

Some top tips for building a career in narrative design 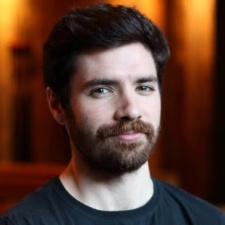 This time, the spotlight is on Charles Taylor, Narrative Designer at Montreal mobile developer Ludia. You can learn more about how to get a job at Ludia specifically here.

I’m a Narrative Designer on Dragons: Rise of Berk. I write scripts, conceptualise in-game assets and find organic ways to tie them to our features and updates.

My favourite aspect of my work is creating new dragons. I write most of the in-game promotional material for them, allowing me to communicate my vision directly to our players.

You could say I write commercial fan fiction.

I want them to be as excited as I am about the amazing work our visual artists do. Thanks to them, I get to see my ideas come to life. It’s very rewarding.

That being said, the most important part of the job is knowing the brand, as you’re the one making sure everything is lore-friendly. In that sense, I guess you could say I write commercial fan fiction.

I was working on Jurassic World: The Game as a Quality Assurance tester when a co-worker/friend hybrid, who happened to be the narrative designer for Jurassic World, took me under his wing.

We’d done some writing together before and he thought he saw something that could be harnessed. It wasn’t long before I got the job and took over Rise of Berk.

Honestly, I never saw myself as a commercial writer.

This position really opened my eyes, and helped me establish a separate artistic identity from my personal work.

I would recommend Creative Writing. You should brush up on intermediate game design, but even then, know that you’ll have game designers who, in my experience, take great pride in their work.

Focus your efforts on knowing how to take their work and translate it to something that naturally fits with your brand and your story.

As far as my education goes, I was a line cook longer than I was ever a worker in the games industry. But I have been working creatively on the side longer than both.

Part of me wishes I had gone to school to jump start this career path sooner, but I have no real regrets about choosing the path I did.

Triple-A games take a long time. I know, it sounds obvious, but I had no idea just how long.

As a cook, your life goes plate to plate; 20 minutes or less per cycle. Hopping from that to a development pipeline was shocking.

So I jumped into mobile games, since I could see myself maintaining sanity if I got to do something new every two years or so. And so far, it’s worked.

Then, channel it all into something. Anything. Write a mission for a game about lint rollers fighting
cats for control of the galaxy. Find someone to learn from. Bonus points if you can look up to them.

Doesn’t matter if it’s a friend, idol, YouTuber, or book; just find someone or something that speaks your language and absorb everything you can from it.

If you really want to strut your stuff when they get back to you, nothing will do that like giving them a script that already fits their game.

Jobs in Games: Ludia studio art manager Serge Mongeau on how to get a job creating art for games

How to get a job at Montreal mobile games studio Ludia

Why Ludia thinks What’s Your Story? can turn a new page in the competitive interactive fiction sector