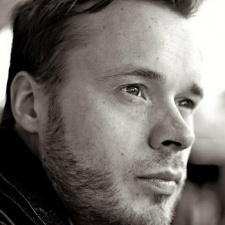 Scoring investment of nearly $3 million from the world's most prolific mobile game developer is no mean feat.

But that's just what Helsinki startup Shipyard Games achieved just one month after opening its doors in February, with fellow Finns Supercell weighing in to support its ambitions.

These plans are in location-based gaming, an area in which Shipyard Games has significant pedigree, with three of its five founding members previously working together on early location-based title Shadow Cities.

Targeting 2018 for its debut release, a single-player location-based game, Shipyard Games will be hoping that a post-Pokemon GO world is more receptive to the concept than in 2011, when Shadow Cities launched.

PocketGamer.biz reached out to Shipyard Games CEO Andreas Wedenberg. to discuss exactly how the landscape has changed, and how Supercell's investment will fuel its ambitions.

PocketGamer.biz: When did you first come into contact with Supercell? Did your relationship pre-exist the investment?

Andreas Wedenberg: Finland is a small place, we have known the good people of Supercell since we started our previous company.

Did Supercell communicate to you their reasoning for investing in Shipyard Games?

Supercell is known to make a certain kind of games, and they are the best in the world at that.

Supercell is a lot more than merely an investor... they are a super valuable sparring partner.

As for location-based games, they felt that we had the experience and passion in that specific area.

As a new studio, how encouraging is it to get investment of this size - and from such a high-profile investor?

As encouraging as it gets!

Supercell is a lot more than merely an investor. In addition to being a vast professional support network they are a super valuable sparring partner.

An investment of this size enables us to concentrate on that which matters, making the game.

What will the money go towards?

The people are the ones that make the game. We need to get our hands on those people and build a great team.

With three of Shipyard's five founders pioneering location-based games with 2011's Shadow Cities, how did it feel to see the concept achieve mainstream success with Pokemon GO?

It is gives you reassurance seeing something you have been part from the beginning achieve success, even though it was in other hands.

Pokemon GO is a great opportunity for us, them having cracked the door to the space of location-based gaming. We hope to push that door a bit further still.

Post-Pokemon GO, do you feel the world is ready for a new location-based experience?

There are only successful games and games that do not succeed as well.

Using location in a game is one way of making those successful titles.

Is location-based gaming a winner-takes-all market, or do you envision there being multiple successful titles in the space?

I guess the mobile market in itself is a bit of a winner-takes-all, and you need to work hard and humble to get near the top.

What can we expect from Shipyard Games' debut release in 2018?

A carefully orchestrated arrangement of pixels contributing to a tuneless melody of immersive engagement.

Or, in other words, we will just have to wait and see.