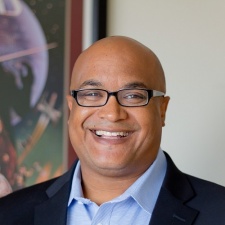 Facebook has revealed some impressive numbers for its new Instant Games platform on Messenger, which allows players to access HTML5 titles quicklyand compete with friends for high scores.

Users have played these games more than 1.5 billion times during the last 90 days. It’s worth noting that Instant Games is available in just 30 markets, and there are currently only around 50 games that players can access.

Given that Messenger is a platform that has 1.2 billion monthly active users, the opportunity for developers is potentially huge.

In an effort to further increase the number of people playing games on the platform, Facebook is adding a new games tab to the front of Messenger, rather than leaving players to discover games through a chat thread.

It’ll only be rolling out in parts of the US to begin with however, but over the next few weeks it will roll out worldwide.

“That just means that more people than ever before are going to be able to be playing Instant Games,” Facebook Director of Global Games Partnerships Leo Olebe tells PocketGamer.biz.

“Previously I talked about the fact we were going to be launching a very large gaming platform, well it’s gotten even bigger.”

Facebook has also announced that it plans to add new “rich gameplay features” to lay the groundwork for a greater variety of games. Right now titles focus on instant accessibility in onetime score-related sessions.

That won’t necessarily change in the short-term, but Olebe says it wants to support titles offering different experiences, such as turn-based multiplayer gameplay.

Facebook has also revealed Game Bots. Created by the developer, these could send you prompts in Messenger notifying you of in-game actions.

Olebe offers Blackstorm's Everwing as a potential example, where players can send a character off on a quest to complete without any further player input.

He suggests a Game Bot could then ping the player in Messenger to say the quest has been completed, and ask the user whether they would like to send them off on a new mission or collect the rewards.

It’s a method clearly designed, much like push notifications, to increase retention.

Previously I talked about the fact we were going to be launching a very large gaming platform, well it’s gotten even bigger.

“We’ll see how developers choose to interact with and create Game Bots, but the thing we want to be able to enhance is the relationship between the developers, the players and the games themselves, so Game Bots is going to be a great way to do it,” Olebe explains.

One key element still missing from Instant Games is any form of direct monetisation. Developers can’t charge a one-time premium fee, nor can they implement in-app purchases at present.

Despite Facebook Messenger’s vast audience and potential as a games platform, the lack of monetisation will likely keep many developers away (though it has still attracted the likes of Zynga, King and Spil Games for now without it), and raises questions over how long the current backers will stick with it.

Olebe says Facebook is still working on how developers can monetise, but it’s not ready to announce anything just yet, and is more focused on improving other areas of the platform and listening to feedback.

When pushed on what the value currently is for developers considering adopting Messenger, Olebe says there are multiple components – the first of those being generating an audience early on a new platform.

“That’s something that’s really powerful,” he says. “The second thing is, as you’re exposing your game and your brand to a massive amount of people, I would imagine that there are also downstream effects on user acquisition and brand awareness that are really positive and powerful.

“And number three is you get to get in on the inside in terms of shaping a gaming platform of the future.

“For all those reasons, I think it’s beneficial for developers to be working with us at this stage. The thing we always have to remember about games, developers and people who play games is that, we do this crazy thing called games because it’s what we love and what we’re really passionate about.

“The best compliment you can give a game designer or game developer is wow, I loved playing your game, I had an amazing experience, I want to share it with my family and friends.

“…Of course we want to deliver monetary value to developers as well, and that’s something we’re working on on our evolving platform.”