Jakub Vambersky on his live promotion and new role 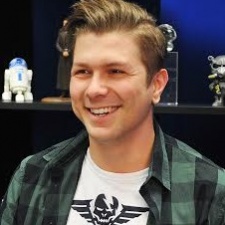 Czech mobile games developer Madfinger has always been a company that prides itself on doing things differently.

But it took that philosophy one step further on April 13th when Studio Head Miguel Caron strode into view on a live stream, shook Head of Community and Acting Head of Marketing Jakub Vambersky by the hand, and promoted him to Associate Director of Marketing and Brand Manager for Shadowgun Legends.

It's a bold move for sure, but one that ensured that the heartwarming moment was captured perfectly.

But how does it feel to be promoted in such a way, and what's the significance of the new role? To find out, PocketGamer.biz reached out to Vambersky himself.

PocketGamer.biz: Tell us a little about your new role and what it entails.

Jakub Vambersky: As a Brand Manager, my main responsibility is to make sure as many people as possible know about Shadowgun Legends, Madfinger's upcoming MMO/RPG-style shooter.

That means taking care of licensing and product management, as well as fun stuff like live streaming, trailers and generally representing the game.

On top of that, I currently lead the marketing team. It’s a challenge in itself but we have everything we need. A great team, wonderful product to promote and finally some of the most talented devs working today!

I’m confident we will be able to achieve all our goals together.

What are you hoping to achieve in this role? How will you balance being Brand Manager for Shadowgun Legends and Madfinger's Associate Director of Marketing?

The responsibilities of the two roles actually go together very well since Shadowgun Legends is currently the main focus of the marketing team.

I hope to achieve two things. The long-term goal is to change the perception of the wider public (especially in the media) that hardcore, triple-A console quality gaming on mobile is not something out of reach.

It is something very real and it is happening now. Mobile gaming isn’t just for casual gamers anymore.

With Shadowgun Legends, we have an amazing opportunity to convince the world that the age of hardcore mobile gaming is here.

My short-term goal is reactivating all of the 170 million people who have downloaded Madfinger Games in the past and make them give Shadowgun Legends a try.

We have an amazing opportunity to convince the world that the age of hardcore mobile gaming is here.

Once they do, they will not want to play anything else, I can guarantee that. Shadowgun Legends will be an MMO-style game and we need to build a strong and passionate community around it.

So far we’ve achieved this goal with every single one of our games and I want to make sure that trend continues.

How did it feel to be offered the position in such a way, live on stream?

Of course I was delighted and really touched, but above else I felt a bit embarrassed.

I thought: "This is not what the fans tune in for. They don’t care about this, they want to see the game!"

But when the stream was over, I sat down at my desk and started reading all the kind messages from the community it shocked me - in a good way!

I have to admit it felt great and I’m eternally grateful to the founders of Madfinger Games and to the Head of Studio, Miguel, for giving me this opportunity.

Part of the announcement on the stream was that you would be authorised to make two hires. Can you give details of those, and have they joined up with the team yet?

That was probably even better news than the promotion, because at Madfinger Games we don’t really care about titles.

I know that this might sound like an old cliché but it’s absolutely true in our case - we’re more interested in our players and the games that we make.

The fact that I was authorised to hire Anna and Donavin means that we can really spread the word about Shadowgun Legends, create more high-quality content and let the world know about this crazy thing we are trying to pull off: changing the mobile market forever.

You've risen through the ranks at Madfinger quickly after joining last year. To what do you attribute such quick progress?

At Madfinger Games we don’t really care about titles.

Of course I’ve worked hard, but I think passion is the most important thing.

I really enjoy my work and I believe that my enthusiasm spreads to other people, co-workers and the fans alike.

Gamers really know their stuff and they don’t tolerate any bullshit. They pick up on the slightest hint of insincerity, so you’ve got to be on top of your game!

What advice would you give to others who aspire to such a role?

I know it can be really frustrating and exhausting doing an outstanding job when you’re not happy at work, so it’s incredibly important to find something about your job that you love and build on it.

You have to enjoy what you do!