Behind the scenes with Jerome Collin 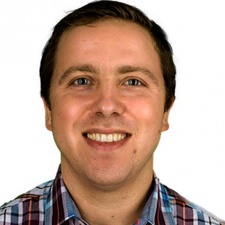 Tap Sports Baseball has been a yearly feature in Glu Mobile's release schedule since 2015, establishing itself as the leading baseball game series on mobile.

But Glu took that one step further this year with the launch of MLB Tap Sports Baseball 2017, the first series entry to feature full Major League Baseball team licenses.

It adds a layer of authenticity atop an accessible, mobile-friendly formula that's already been honed over a number of years.

PocketGamer.biz reached out to Jerome Collin, VP of Sports and Racing Games at Glu Mobile, to hear more about the changes for the latest version and striking a balance for a wide base of players.

At Glu, we’re constantly looking for ways to improve our titles, and MLB Tap Sports Baseball 2017 is no exception.

Already a highly successful franchise, the logical next step was to partner with the MLB, making the best baseball experience for mobile even more authentic. Its something we’ve been working on for a while.

What changes did you make to the game in order to surface the MLB teams and players in the most effective way?

Real-life MLBPA and also Legend players have been integrated into Tap Sports Baseball for years. But this year we’re also integrating all the MLB teams.

Team licenses add an incredible amount of value to the game's overall experience.

Users can choose their favourite team and get the real uniforms, logos, colours and many players from that team right away.

They also get a boost in the game when their favorite team is playing a real-life game. It may sound like a small change, but it adds an incredible amount of value to the game’s overall experience.

When Kris Bryant is up to bat, he’s wearing the classic Chicago Cubs pinstriped uniform.

How did you go about balancing accessibility with depth to satisfy baseball fans?

We’ve always valued both accessibility and depth, and have designed the game to accommodate both from the get-go.

It’s easy for a new user to quickly open the game, choose their favorite team and immediately start hitting the ball.

We wanted that low barrier to entry so that all users, regardless of skill level, can easily play and have fun immediately. The portrait orientation and one-touch controls area big part of that experience.

But below the surface is an incredibly deep baseball simulation which ensures that the game feels like real baseball, right down to the smallest details.

And once a user gets further into the game, there are many options that cater to the hardcore fans - including lots of baseball strategy choices and tons of player stats.

We even have a lot of the new sabermetric ones for people who want to get an edge when trying to improve their roster!

The game allows the player to play inning-by-inning in asynchronous mode, or with no waiting in bonus games. How important was it to offer both of these?

It was really important to offer both of these. Asynchronous mode lets you play against friends and other real people, and is a great casual baseball experience.

We try to serve mobile tempo, which is any time, anywhere, as much time as you have.

It’s easy for me to play against my daughter, my friends, anyone, and have fun together sharing our passion for baseball.

However, we also try to serve "mobile tempo" - which we interpret as "any time, anywhere, as much time as you have" - and it was important to give users a way to get through an entire game quickly to satisfy this.

Bonus games, allowing you to play with no waiting, accomplish this beautifully. And our hardcore users can play this way to get through game after game as quickly as they like, with no reliance on waiting on opponents to have to take their turns.

MLB Tap Sports Baseball 2017 quickly reached number one in the ‘Top Free’ chart on the App Store, and second on Google Play.

We couldn’t be more proud of that accomplishment. But we are also fiercely proud of the product from a quality perspective as well.

We believe it’s the most fun mobile sports game, the most accessible and the most authentic as well.

And best of all, we continue to receive positive feedback from players, which is hugely gratifying.