EverdreamSoft CEO on Spells of Genesis and future of F2P economies 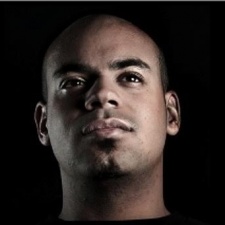 What's the real value of in-game currency and items?

In a world in which dedicated individuals are spending thousands on free-to-play games, a less-than-stable investment in a market where a game's shelf-life is often short, it's a question worth asking.

Swiss studio EverdreamSoft's solution is to integrate blockchain technology - the framework behind cryptocurrencies such as Bitcoin - into free-to-play mobile game economies.

The firm has just launched its collectible card game Spells of Genesis on mobile platforms in partnership with All 4 Games, integrating technology that allows players' ownership of cards and other in-game resources to transcend the limits of the game.

But how exactly does this work, and what could it mean for the future of free-to-play game economies? To find out, PocketGamer.biz reached out to EverdreamSoft CEO Shaban Shaame.

PocketGamer.biz: When did the concept of integrating cryptocurrency technology into a mobile game emerge, and how big an undertaking was it?

Shaban Shamee: We started to work on the blockchain (the technology behind cryptocurrencies) game items in late 2014.

We issued the first card in March 2015, way before the first game alpha release. We quickly realised that some users already familiar with blockchain technology immediately understood the value of these game assets.

At the time, this only card was scarce and produced in limited quantities. We only released 300 units.

Having a card on the blockchain guarantees its non-duplicability and transferability. That was a huge opportunity to bring back the property of physical cards game into digital games.

How does the player's "true ownership of their assets" manifest itself in Spells of Genesis?

Spells of Genesis can be used like any other free-to-play game. You receive some free cards and you can buy some as well.

But you can also connect your digital wallet. Basically you give your public address and the game will recognise the cards you own in the wallet outside the game.

Having cards on the blockchain breaks the boundaries of the product itself.

If you own any Spells of Genesis cards, the ones we issued and distributed, it will be activated in the game. The blockchain cards are not stored in the game database, but in your digital wallet.

This means you can use them also outside the game itself (to trade them on the blockchain), or even in other games.

For example, if you own a Satoshicard - the strongest card in the game - you can play it in Spells of Genesis, but also use in Sarutobi, another mobile game. In Sarutobi, the Satoshicard gives more power to your character.

Having cards on the blockchain breaks the boundaries of the product itself. It can be used with multiple games or services.

We have also issued several cross-game assets, such as Crystalibur, which can be playable as a card in Spells of Genesis, or used as a collector skin in our partner game Beyond the Void.

Tell us a little about the Blockchain Gaming Platform you're developing.

I cannot tell you much right now. We are working with the Japanese company IndieSquare on the BookOfOrbs. It’s a bitcoin wallet that can hold ORBs (Ownership Revolution on the Blockchain) as game assets.

Book of Orbs has already several game titles including Spells of Genesis, Force of Will, Rare Pepe, The Diecast Club Card Collection, Bitgirls, Memorychain and we are going to partner with new game developers in the near future.

By the end of the year we will bring the concept of ownership even further.

Why do you feel that Bitcoin blockchain integration in games is important? How does the consumer benefit?

ORBs give true ownership to the user meaning they are free to do whatever they want with their game assets - lend, give, trade or sell. Just like you could do with a real object.

When a user has an ORBs, no one can take it back. It makes it truly valuable.

The ORBs have a value in the real world, not only in the game.

What's been the reaction thus far from players? Have you been happy with the launch?

So far, we have two communities. First, the bitcoin and cryptocurrency enthusiasts who have been very helpful and supportive since the beginning of the project and our crowd-funding efforts.

I believe that in a few years players will not buy digital assets if they don’t have ownership.

There is also the gaming community embracing the game, which is reflected by the 4.7 stars rating on the Google Play store.

It’s still early to draw conclusions on users’ data and behaviours. So far it seems like our users have questions about how to link the game to their digital wallet.

Does Spells of Genesis prove that there's room for innovation within F2P game economies?

True ownership is in my opinion is the next evolution in F2P model. I believe that in a few years players will not buy digital assets if they don’t have ownership.

It also creates an uberisation of the game economy, because game developers can distribute assets of value to the players for their loyalty.

We will see an emergence of "paid to play" because players who actively participate, contribute and moderate the game will receive assets of value that will be tradable on the market.

EverdreamSoft CEO Shaban Shaame on the value of NFTs in games