Zynga Words With Friends GM on chat app games: "The opportunity is massive" 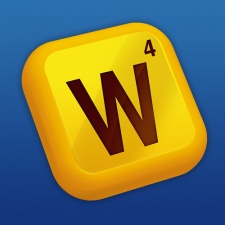 Developer interest in chat apps as games platforms continues to grow in the West.

King, Spil Games and Blackstorm are just a few of the companies that have got in early on the opportunity with apps for iMessage and/or Instant Games for Facebook Messenger.

Other companies like Gamee and MojiWorks have also expressed their excitement for these nascent platforms.

But one of the biggest and most prolific backers of messenger-based gaming right now is US mobile publisher Zynga.

In the last month, it has released GIFs Against Friends on iMessage and Words With Friends on Messenger for Instant Games.

But they aren’t the only games from the developer, which has now launched roughly 20 different titles on the chat apps – including the Instant Games launch title Words With Friends Frenzy.

Zynga clearly sees an opportunity emerging on these platforms, though stresses that it's still in the early stages and as a company it's still primarily focused on mobile with its Words with Friends and Poker franchises.

CEO Frank Gibeau recently said: "We’re also experimenting with new platforms to broaden the reach of Words With Friends. As a social game company we’re always looking for new ways to reach bigger audiences. Words With Friends is a mass market, player-vs-player experience that lends itself well to the chat environment. It's early days, but we’re excited about the opportunity to innovate on a new platform."

Zynga’s VP of Games and Words With Friends GM Vaibhav Sahgal is similarly optimistic about the potential of chat apps and the kind of experiences the development teams can deliver.

If you look at what's happening in Asia with WeChat, it's obviously a huge business.

“If you look at what's happening in Asia with WeChat, it's obviously a huge business and rivals app stores on iOS and Android,” he tells PocketGamer.biz.

“So I think the opportunity is massive. Chat apps are becoming more than just a way for you to find out when your friends are coming over for dinner, they're really immersed in our lives, and they're going to naturally evolve from just being a utility to being entertainment and offering more unique, clever ways to connect with your friends and family.

“I think we're starting to see the very early stages of that. I think it's a very natural, powerful platform and it’s obviously inherently social, which is in our DNA.”

Zynga hosts a hackathon at its offices every quarter where developeres can take time experimenting on new ideas, typically focusing on emerging platforms and industry trends.

Last year, the publisher focused one of these hackathons on messaging platforms, and it was here that the groundwork was laid for one of its latest Instant Games titles: Words With Friends on Messenger.

One of its engineers managed to hack together an early version of the game complete with turn-based gameplay, a feature that wasn’t available on Messenger at the time.

“When he brought that in front of us we were like, ‘oh my god, this could be really huge for us’,” says Sahgal. “We made it a really important focus for our team.”

Already a global success with millions of players, the title is now available in a similar though condensed experience on Messenger, offering access to a userbase of 1.2 billion monthly active users.

It has a smaller board with fewer tiles, but is the first Instant Games title to take advantage of the newly introduced turn-based gameplay features.

It also includes new features such as game lists – showing active games and conversations - bot technology to inform users when it’s their turn, and the ability to play 1v1 within a group conversation. The latter feature will allow anyone in the chat window to view a game as it unfolds.

Instant Games has the audience, but it doesn’t yet have the monetisation.

Us, Apple and Facebook, we're all sort of learning what works on this platform and what doesn't.

Zynga GM Mark Kantor is unconcerned about this however. From his point of view, it’s about getting the game in the hands of more and more people with the understanding that monetisation will come as the platform develops.

“But the current focus right now is just on getting the game out there and making a great experience for that group of 1.2 billion people,” he says.

When we spoke with Spil Games CEO Tung Nguyen-Khac in April, he said he expects monetisation to be integrated soon, possibly even within the next couple of months. Gamee CEO Bozena Rezab also believes the important feature will be rolling out “very soon”.

Platforms like Instant Games also have their own unique design challenges that you may not find with regular app store titles.

Kantor says that for starters, one of the biggest challenges is performance.

“Our game on Messenger is just a couple of megabytes, literally,” he says.

“These games have to be very small, very performanced, and they have to load on a number of different phones and different platforms. So that's definitely been one significant challenge for us.”

Sahgal adds: “I think the platforms are fairly nascent. They're new, they're evolving and they're changing pretty fast. So we're in the learning phase right now, where we might try something and it might not work, and then we learn from it and evolve our product and our thinking.

“So we're sort of in that stage right now. Us, Apple and Facebook, we're all sort of learning what works on this platform and what doesn't.”