Jobs in Games: Supercell's Richard Bangs on how to get a job as a Game Programmer 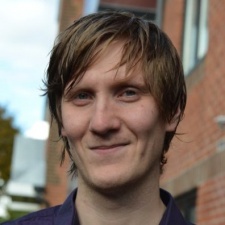 This time, the spotlight is on Richard Bangs, Game Programmer on Clash Royale at Supercell.

Richard Bangs: I’m a Programmer on the Clash Royale team at Supercell. I spend most of my day turning ideas into code, and getting them working in the game so we can play them.

I class myself as a generalist programmer, willing to take on any idea or problem, lending my mind to any challenge that we need to solve.

Supercell works quite differently to a lot of games companies, we make big games with small teams, which naturally lends itself well to generalists as there’s a lot of opportunity to work in all areas of the game.

I spend the majority of my time head down, coding and making cool stuff in Clash Royale.

In my day to day, I like to focus. I spend the majority of my time with headphones on, head down, coding, and making cool stuff in Clash Royale.

This involves a lot of collaborating with other members of the team - each feature usually needs a mix of programming, art, design, testing and audio - to make the feature I’m working on awesome.

We do daily play tests to try out new features, prototype new card ideas and give feedback. We also spend at least an hour each day talking about the game and how we can make it better.

What I enjoy most about my role is how each and every person I work with is passionate, and super driven to help make our games better and come up with new ideas.

We work in small teams - the full Clash Royale team is just 16 of us - and we work with full autonomy.

It feels like we’re a small startup, and we go so fast that there are no hurdles to us doing what we think is best for the game.

My first job in games was back in 2004, where I took a year break from university to work in the games industry.

I always thought, despite doing a very good and targeted degree in Computer Games Programming, that I learnt more in that year in industry than I did in the other three years at university.

After university I worked at Black Rock Studio, a console developer that specialised in racing games. I was lucky to have industry experience at the point of graduating and I got my first post-university job in a world-class studio.

It won’t be that way for a lot of games programmers out there, and that’s okay. Getting experience as a programmer is super important, and is crucial in order to improve yourself and to reach your dream job.

After five years at Black Rock Studio, and having the amazing opportunity to work on Pure and Split/Second as a gameplay programmer, I got together with some colleagues that became good friends, and we started up our own games company Boss Alien.

Within our first year we had released CSR Racing, which was the most intense year of my life, but also the most I’ve grown as a person.

After five years at Boss Alien, it was time for me to move on.

I hang out with talented people, we have fun making games, and for some reason someone keeps putting money into my account.

I was searching for that startup vibe, somewhere I could put my soul and passion into what I love, making great games, and I found that again at Supercell.

I’ve been programming from quite a young age, and by the time I went to university to study Computer Games Programming I’d already learnt the basics of coding in many languages.

I think what’s important is that I did it as a hobby, just purely for enjoyment. It wasn’t until I was looking at university courses that I realised I could make games and get paid for it.

And it still feels weird. I go hang out with some cool, talented people all day, we have some fun making games, and for some reason someone keeps putting money into my bank account each month.

I couldn’t imagine having a real job, it would suck!

I studied Computer Games Programming BSc at Teesside University. It was a great course because of the focus on actually writing code and making games.

I think it’s really important for aspiring programmers to be getting as much coding time as possible. There is no secret trick to becoming a good programmer, you just need to spend a lot of time programming.

Motivation is the key, motivation to keep at a project and make sure you take it to completion, and the motivation to constantly learn and improve.

So it’s important that if you know you want to be a programmer, to choose a course that aligns with what you find interesting.

Maybe you’re really into games, or maybe artificial intelligence, or robotics. Whatever it is, choose a course that aligns with your interest.

I love games, so Computer Games Programming was my ideal course, and I could direct my passion and energy into my studies.

During university, I worked really hard making a kick ass portfolio. A great thing about the course was that the final year was almost all coursework based and really flexible.

So rather than learning and revising for tests, I was coding non-stop and working on projects I was passionate about.

It’s really important for an aspiring programmer to spend a lot of time coding and to make sure it doesn’t feel like a chore.

Solve cool problems and make cool software - things that give you energy. For me, it was games and pretty graphics demos.

People skills are just as important, if not more so, than coding skills, especially as you become more experienced.

Find people who are good at the things you aren’t and work with them.

Make sure you are working collaboratively with others, find people who are good at the things you aren’t and work with them.

If there aren’t any game jams near you - like Global Game Jam - check out some online, like Ludum Dare.

Look after yourself and your health, learn and understand good posture, take regular breaks and be conscious of your own stress levels.

Getting your first job in the games industry can be hard, but once you’ve got it, you’re learning and getting paid for it. Hopefully!

The best way to get that first job is your portfolio. Make a cool game or tech demo, and make a website or video to show it off, so it’s really easy for a recruiter to see your skills.

You can state what you know, or you can prove it. Your portfolio is the proof.

Even better than a portfolio is getting a released game, and releasing games has never been easier. Make something cool and put it out there.