Charley Price on his ambitions for the LINE-published fighting game 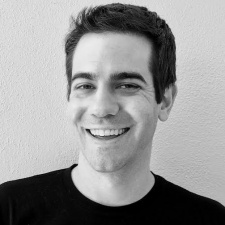 As a small, independent developer best known for porting Threes! to Android, Hidden Variable Studios is an unlikely candidate to shake up the fighting game genre on mobile.

And yet that's exactly what the LA-based outfit is setting out to achieve, as we edge ever closer to the May 25th launch of Skullgirls, its free-to-play mobile adaptation of the cult PC and console title of the same name.

“I've been a big fighting game player for as long as I can remember, and going back to three years ago when this all started I was disappointed with the dearth of fighting game experiences on mobile,” explains Creative Director Charley Price.

“While as a player that's a frustrating reality, as a game developer and small business owner I see an opportunity - especially when on the App Store every other genre is pretty much flooded.”

The original Skullgirls was a 2D fighting game developed by US indie studio Reverge Labs and launched on PC and console in April 2012. It received critical acclaim, in particular for its unique, hand-drawn art style.

Reverge Labs was forced to fold in 2012 following a legal case against Skullgirls' publisher Autumn Games, but was reborn the same year as Lab Zero Games.

Price is friends with Lab Zero CEO Peter Bartholow, and the pair first discussed the possibility of bringing a Skullgirls game to mobile at GDC 2014.

“Peter had actually been fielding some pitches for a Puzzle Fighter-style, classic mobile match-three that just incidentally leveraged the Skullgirls assets,” he recalls. “I was kind of appalled by that because of the opportunity that would have been squandered.”

That opportunity, as far as Price saw, was to bring a true fighting game experience to mobile in a way that appeals to the whole spectrum of fighting game fans - from casual spectators to high-level players.

This is no easy task, and it's one that Hidden Variable Studios has been working on for two and a half years with a team that began as two people and has since grown to a modest 10.

The most obvious challenge right off the bat is the mechanical one of how you handle input.

“The most obvious one right off the bat is the mechanical challenge of how you handle input, and that goes hand-in-hand with what are really the most meaningful choices that you're making in a fighting game,” considers Price. “Distilling it down to its essence.”

“They don't give you enough of a palette of actions you can go through and perform in the game to get a sense of ownership,” he argues.

The team's approach to this has been to create an environment for “emergent scenarios” in relation to stages and positioning of characters effecting the execution of attacks.

Something else Hidden Variable has done, following in the footsteps of many other fighting games on mobile, is integrate RPG elements.

“The notion of the fighting game RPG is something I've always been very excited by,” says Price.

Indeed, Skullgirls on mobile sidesteps the issue of complex input by assigning moves to on-screen buttons that can be equipped and unequipped between bouts, in what he calls “a kind of RPG equipment-style system".

As a further concession to accessibility, the game also includes a Fight Assist Mode.

“It turns on AI for your character and you're pretty much on full aggressive mode, but you can also override its actions,” explains Price.

“This opens the door for people who are more used to playing tactical RPGs, your Summoners Wars and things along those lines.”

However, Price is keen to emphasise that Skullgirls remains a fighting game first and foremost, and that a deep and complex combat system has always been its first priority.

It's totally fair for folks to be sceptical of mobile versions of traditionally console experiences.

“We believe that Skullgirls is going to establish the new high bar for what a mobile fighting game can be,” he says.

He's even confident that the game can win over hardcore fighting game fans who may be unconvinced by the mobile free-to-play approach.

“It's totally fair for folks to be sceptical of mobile versions of traditionally console experiences,” he considers. “The road to where we are today is littered with misguided attempts.”

But he recalls a heartening response from attendees of Anime Expo, where the game was first shown off.

“You could see it in their eyes that they were eager to tear it apart and look down upon it from afar, but it was encouraging to see that wall they'd pre-built crumble before their eyes,” he reflects.

But of course, as a mobile free-to-play game, it's important for Skullgirls to also court players outside of this enthusiastic minority.

It received a massive boost to this end in February, when it was announced that LINE Corporation had come on board to distribute the game globally.

LINE has had huge mobile game success with the likes of Disney Tsum Tsum and crucially operates the LINE messaging app, which has more than 220 million monthly active users and a particularly strong position in Asia.

“It's a huge thing for us,” says Price. “LINE's been a really great partner.

“A big part of what makes Skullgirls so exciting as an IP is its worldwide appeal.

There are large markets out in Asia that we've always been keen to crack.

"We've had a lot of success here in the West, but we know there are large markets out in Asia that, as independent developers, we've always been keen to find a way to break through and crack.”

For a small developer, then, the platform offered by LINE in conjunction with the Skullgirls IP offers a great opportunity to reach far and wide.

For Price, it's also a way to expose the entire fighting game genre to new markets.

“If there's one thing you can count on in mobile, it's that when there's a successful model that ultimately comes out, there will be others that come in the wake of that and attempt to ape it,” Price states.

“And providing Skullgirls has all the success we're hoping and expecting it to have, we're expecting other folks to follow in our footsteps.

“The hope is that this is an opportunity to go through and really grow the fighting game genre as a whole and open up a lot of doors.”