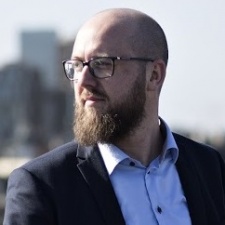 In this entry, we speak to Mathias Gredal Nørvig, Managing Director of Subway Surfers co-developer Sybo Games. Subway Surfers is one of the most downloaded mobile games of all time, and today it celebrates its fifth birthday.

PocketGamer.biz: With Subway Surfers now more five years old, how do you reflect on its performance - from launch to the mature title it is now?

We really love the fact that our fans keep enjoying the game - and they follow us on our journey visiting new cities every three weeks on the world tour.

Subway Surfers is maturing like a good bottle of wine, only getting better every year.

Subway Surfers is maturing like a good bottle of wine, only getting better every year.

How big is the team currently handling live ops on Subway Surfers?

Kiloo is handling the customer support. We have huge numbers of players every day, so I know they are doing their utmost to handle the traffic.

Many new initiatives have been introduced over the last years, and I think the players are really enjoying it.

As creators of the universe, at Sybo we do our best as well to support our fan base with fresh content, behind-the-scenes insight and fun clips. Our fans are the reason we get up in the morning!

How have you gone about ensuring that Subway Surfers maintains a sizeable and active player base long after its launch, and continues to generate a huge number of downloads?

And then we make sure to have cool, recognisable characters you want to engage with.

Visiting new cities around the world every three weeks is also key in showcasing our talents in Copenhagen.

It is an amazing achievement. Unique daily active users hover around 20 million players and our retention remains best in class.

What lessons have you learned/are you still learning from Subway Surfers? Is there anything about the game that, in hindsight, you'd now handle differently?

We will always be ambitious and success is a moving target.

We have many ideas for development and will keep our players and fans happy in the years to come.

Five years is a long time in the fast-moving mobile games market. How have you seen mobile games evolve in that time, and how has Subway Surfers kept up?

Mobile games have really matured in the last five years, from Doodle Jump to Clash Royale. The players are becoming increasingly sophisticated and games have to follow.

Fun is still essential in a game's success, but the core needs to be designed in parallel to a clever and deep meta.

We are constantly learning at Sybo and we bring in international talents to keep up with the growing desires from avid fans and players.

Subway Surfers is like an evergreen in that whole development - a position we are proud of and nurse to keep.

What's next for Subway Surfers in 2017 and beyond?

New cities coming up. Always. We are starting to source more localised content to China, visiting more of their wonderful cities for our Chinese fans.

The universe of Subway Surfers is being prepared for animated content as we speak, with short-form animation coming this year, and a full fledged long-form animated series coming out next year.

We are pushing on all fronts to keep our fans engaged with content and will continue our efforts to bring fun to their favourite screens.