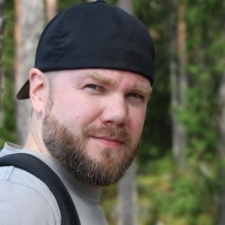 Its IPO was several times oversubscribed, and is reportedly off to a great start.

And now fellow Helsinki studio Nitro Games is gearing up for a $3.5 million IPO, only it's instead listing on the NASDAQ First North Stockholm.

Nitro is focused on real-time PvP, with its World War II-based title Medals of War currently in soft launch.

To find out more about the Nitro Games' IPO and how it links in to the company's wider strategy, PocketGamer.biz reached out to CEO Jussi Tähtinen.

PocketGamer.biz: When did you first discuss the idea of an IPO, and why did you decide this would be the right time?

Jussi Tähtinen: This topic surfaced in the end of 2016 when we were looking at different options for us to secure working capital for the company.

The timing was natural, as we're taking a next step forward as a company with self-publishing. At the same time we saw good interest in Sweden towards us.

How do you feel that going public will benefit the company going forward?

I think the key thing is obviously the access to capital. During the process so far, we've already gotten a lot of attention not just in Sweden, but also globally inside the industry. So there's the PR side as well.

Should we need more funds, the audience and the channel is already there.

Moving forward, I see these two somewhat merging together, as with an IPO we'll have more shareholders following us and also hopefully some new people watching us.

In the long run, should we be in a position where we need access to larger funds, the audience and the channel is already there.

As only the second Finnish games company to go public, you'll be entering somewhat uncharted territory. How do you prepare for such a step?

You need to do your homework. It's not exactly a simple process and brings some additional technicality post-IPO - especially since we're a Finnish company looking to go public in Sweden.

We've followed how other companies in Sweden have done this and have learned some things from that.

Also, I feel it's crucial to have the right people assisting and supporting you through the process, especially after you go public.

For us, we see the IPO as the next step for the company and something that supports our business goals really well.

In what ways do you think that going public can benefit the currently soft-launched Medals of War?

I think Medals of War would've happened regardless of us going public or not. However, going public is definitely helping us a lot with that one.

We don't have any special needs of keeping our things under the radar. We've actually been talking about our Nitro Games MVP process earlier, even before we chose Medals of War based on the results with that process.

We're happy demonstrating our way of doing things and how Medals of War is shaping up.

When making F2P mobile games, you're essentially building a service. We don't see the need to keep that service behind closed doors for too long.

I think it's better to get it out there as early as possible and start receiving feedback and data while you're still working on adding new features and improving the service.

Why do you feel that more Finnish companies haven't listed publicly and do you expect them to in future?

I think previously, the mindset has been that IPOs are not good for games companies and that you should only consider one at a later stage once you've already "made it".

Every company needs funding, and in my opinion going public is one option that you can consider.

I think the market in First North Stockholm has proven that it's actually doable and beneficial for companies to go public at an earlier stage.

And it definitely seems to be beneficial for their shareholders as well. Every company needs funding, one way or another, and in my opinion going public is one option that you can consider.

It's definitely not for everyone, but we're happy with our decision.

What are your long-term ambitions for Nitro Games and what role will your IPO play in achieving them?

We're seeing a big opportunity for us in the rising trend of real-time multiplayer games on mobile.

The shift from asynchronous, "turn-based" multiplayer to real-time, competitive multiplayer games is quite significant and I see this having a big impact on the market.

As there's not that many games or companies succeeding in this category yet, we're positive that we're looking at a good market opportunity that's a match with what we want to do and what we know how to do.

We've built our first real-time multiplayer tech already in 2009, so we have a pretty good understanding on what we're doing.

So looking at things in long term, I feel the IPO will act as a boost for us to make our business goals happen and as a result we expect to see Nitro Games becoming a recognised player with a solid market share in the field of real-time multiplayer on mobile.