What role is mobile playing in the rise of gaming videos and streaming?

How can mobile games attract spectators? 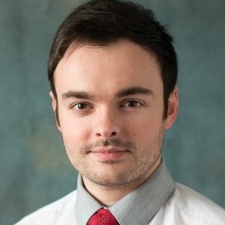 In the world of modern PC gaming, the role of the spectator is becoming increasingly significant.

Influencers on platforms like YouTube and Twitch broadcast gameplay to an audience of millions, which can be the difference between a game going unnoticed and becoming a viral sensation.

And particularly in the competitive gaming and eSports communities, spectators are just as important to the whole ecosystem as they are in traditional sports.

But while mobile eSports such as Vainglory are taking big strides in this area, the current viewership of mobile games doesn't match their enormous popularity.

So to learn more about the role of video and spectators in today's gaming market, and how exactly mobile fits into this, PocketGamer.biz reached out to Level Up Media's VP of Content and Marketing Adam Simmons.

PocketGamer.biz: Just how big a role do video and streaming play in the games industry today?

Creators are amongst the most powerful influencers in the market, regardless if they are either eSports stars or casual streamers.

For many people the creator enhances the enjoyment of the game, while others may watch to get tips or tricks. Watching videos of a game you are considering to buy can also act as a real-time review of gameplay.

The scale of viewership is the incredible part though. SuperData recently released some interesting figures, saying that 665 million people are watching gaming video content. That is more than the combined audience of Netflix, Hulu, HBO and ESPN.

Even individual influencers have audiences that dwarf some traditional media. PewDiePie, at the time of writing, has over 55 million subscribers.

While these numbers are incredible, it is made possible due to the global nature of gaming which allows content creators access to a massive audience base.

Not only is this audience large, it is also attracting an affluent demographic. SuperData shows that gamers who watch gaming videos have a higher average income than others, spending $70 a month on digital games - which is 56% more than non-viewers.

To what extent is this different on mobile, and does the platform demand its own approach?

Consumption of content on mobile is a major growth area for many publishers and shows no signs of abating. Video, and especially live video, can be a challenge for mobile viewers due to connectivity.

By its nature, video is a lot more data intensive than other forms of media and wireless / mobile data connections are less stable - especially if the user is on the move.

This can result in a less than ideal experience for a user to watch video on their mobile device which is often the only accessible device. Technology is improving to deal with some of these challenges, either through mobile data coverage or through video distribution improvements, but there is only so much that can be done.

A part of Level Up Media’s technology provides a better video experience with lower quality connections, but if you’re on a train and go through a tunnel, no amount of improvements will help.

How users interact with content is also different on mobile devices. One area we have focused on with Dingit.TV is through allowing native mobile browsing, rather than requiring the user to have an app.

There are pros and cons to a native solution versus an app. With an app we can really tailor the experience, but with mobile web support users aren’t required to download an app to engage.

In a world where more and more content is shared socially and audiences have so many different devices, we felt mobile web support was the way to go with our short form on-demand content.

In addition to technology, content for different audiences is also an interesting area to explore.

Mobile viewers don’t necessarily want to watch mobile games, but what isn’t clear is whether this is because there is a lack of desirable mobile game video content, or because users prefer to watch PC/console games.

With the increase of PvP-focused and eSports-leaning mobile titles, do you anticipate an increase in video and streaming content from mobile games?

Recently there has been quite a pick up in the amount of mobile games with video content around them. Vainglory, the mobile MOBA, is leading the way in terms of production and eSports for a pure mobile game.

They recently hosted a large event at the O2 for Spring championships, which ran from May 19th to 22nd 2017. Hearthstone is another major mobile eSport, however it is also available on PC.

Creating a successful eSports title on any device is a challenge - it must be well balanced, have a low barrier to entry, a high enough skill ceiling, and of course it needs to be enjoyable to watch.

Just as viewing content on a mobile device can have technical limitations, playing can encounter similar issues especially around input delay caused by latency.

Games such as Hearthstone avoid many of these issues as they are turn-based rather than real-time, and in games like Clash Royale, the format suits a mobile interface which helps people get engaged.

The other area key for the success within eSports is creating a balanced game, which could be a challenge for traditional mobile games where micro-transactions can often lead to players feeling there is a “pay-to-win” element to the game.

Developers, creators and video platforms all need to better understand how to generate interest within mobile game video and how to get an audience engaged.

Designing the tools to create content is very effective for developers to build a bigger audience.

A lot of this is already being done with games focusing on mobile eSports as well as cross-platform opportunities. The future is very bright for mobile game video content.

Do you see mobile developers actively designing around this kind of content, and do you think they should be?

Developer input to content can be hugely beneficial to the growth of an audience.

Designing the tools to create content, such as an observer interface, and promoting content made by the community is a very effective way for developers to build a bigger audience.

As with console and PC titles, viewer-friendly games provide a lot of potential reach for the game.

Among all the games that are popular among spectators on platforms like yours, what would you say is the common factor?

Games which are easy to understand, but have additional complexity for those who know what they are looking for tend to do extremely well.

A great example of this is something like Rocket League. It is very easy to work out what is going on (rocket-powered car football) but the complexity is still there to allow some players to really showcase their skills.

Tell us a little about Level Up Media, particularly GoGamer.TV, and what you hope to achieve.

We have a simple goal with Level Up Media: we want to power the ecosystem of gaming video.

One element of doing this is through our technology - utilising our industry-leading video player technology to provide viewers with the best experience and also generating stable income for creators through our video advertising technology.

Even before we launched, a key goal was to make sure we were running a platform that was sustainable and able to scale effectively.

Not only does this allow us to invest effectively within our own team, but it allows us to support and grow with our partners.

The other big element is providing sites that cater to different gaming fans. Too often gaming is all bundled together, assuming the viewers are all part of the same community and have the same interactions with content.

In our view, this isn’t the case and different fans enjoy content for different reasons. Someone who watches Minecraft build guides isn’t necessarily also interested in the latest Counter-Strike tournament, or vice versa.

Our flagship site, Dingit.TV, caters to competitive and enthusiast gamers where as our next site, TheGamer.TV, will be targeting mainstream console and PC games.

We are very excited about GoGamer.TV, which will be launching towards the end of 2017 with a firm focus on mobile and family-friendly games.

When looking at the demographics of mobile gamers vs. eSports audiences, there are quite a few differences. This is why we want to create destinations for different audiences around gaming.

Your focus at present appears to be on highlight packages and montages. Given that these are accessible and watchable in short bursts, do you see this as being the best fit for mobile in particular?

The majority of our viewers are on desktop, although we are seeing a steady increase in mobile sessions.

Short form, on-demand video offers a lot of benefits to all users especially as the amount of gaming videos is ever increasing.

One area we have really focused on is mobile browser support as we feel this is essential to reaching a larger mobile audience, especially with shorter form content.

Currently, the majority of our viewers are still on desktop, although we are seeing a steady increase in mobile sessions.

The exciting area for us with mobile is with the launch of GoGamer and the focus within mobile games content, especially with the increasing development of mobile-friendly eSports.

Finally, is it an inevitability that the viewership of mobile gameplay will increase? And what steps are needed for this to be achieved?

If mobile games can convert players to viewers, there is no doubt there will continue to be a large increase in viewership.

While there are a lot of factors affecting the viewership, one key area will be how easily creators are able to make engaging and entertaining viewer content from mobile games.

There are a lot of tools both within games themselves and through broadcasting / video editing tools for PC gamers to go live and make great content.

This creates a baseline for the quality of content viewers expect, which is something mobile games will need to catch up with to increase viewership.

This article is part of our mobile eSports special for June 2017. Head here for details on how to get involved.