The story of an ARPG success in Russia: GTarcade on Legacy of Discord: Furious Wings

GTarcade shares its experiences of releasing in the Russian games market 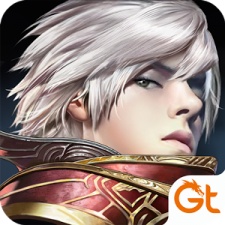 This article was first published on Rebound Mobile.

When marketing a game in a foreign country, there are many factors that could cause a game’s lack of success, especially when trying to replicate the success of an Eastern title in a more “Westernised” market like Russia.

Genres like ARPG (Action RPG), are not as popular as strategy games, which usually dominate the top grossing in the country.

But for GTarcade’s game Legacy of Discord – Furious Wings, that’s a totally different case: the game has been a huge success in Russia and sits regularly in the top 10 Grossing, stationing at the top three last week, above strategy titles like Game of War and Clash of Kings, according to App Annie.

An ARPG, the title offers a wide range of dungeons, PVP arenas and guild wars, with smooth and intuitive controls.

Rebound Mobile had the opportunity to interview Wanqin Liu, Vice President of Youzu Interactive and Head of GTarcade, who shared with us the story behind their success and experience with Legacy of Discord: Furious Wings in the Russian market.

GTarcade is the global publishing platform of Youzu Interactive, a developer and publisher of free online games. We discovered some interesting insights of the Russian market and how this Chinese game developer managed to successfully break into the top 10 grossing charts with an ARPG title.

Rebound Mobile: Why did you decide to promote your game in Russia? What did appeal to you about this market? Lower CPI, emerging and less saturated market, etc?

Wanqin Lium, VP, Youzu: Russia has emerged as one of the world’s major game markets. There are 72 million Russia gamers. The Russian games market has contributed $1.4 billion in 2016, according to Newzoo. Also lower CPI and a less saturated market are very important reasons.

When we decide to promote one of our games in a new market, we need to find out whether the game matches the peculiarities of the target market.

Players can unlock new copies when certain levels are reached and fight shoulder by shoulder with over 50 fellow comrades in massively alliances battle.

What do you think are the main challenges or peculiarities of the Russian market?

In the Russian market, Android platform takes a high percentage of users, so “how to get android players” is one of our main focuses. Generally, Russian players like games related to “ABC”: “action, battle, and competition.” These games are more easily to get the likes of Russian players.

Top games and publishers are very stable, with no drastic changes in the top grossing. This creates more challenges for new publishers, who must spend plenty of time and energy in the early stage.

What channels did you use when marketing Legacy of Discord in Russia? What is the users’ ratio between Russian versus foreign ad networks? How many ad networks are there who drive traffic in Russia?

Most of Russian game traffic comes from local social media such as Vkontakte (VK) and Odnoklassniki.

How do you evaluate the monetization behaviour of Russian players towards Legacy of Discord? Does it take longer to break even in Russia if compared to Western markets, or the US where the game generates most of the revenue?

As they are influenced by the exchange rate, Russian players spend less on in-app purchases, which is about a quarter of what United States players would pay and a third of the European players. But we believe the Russian market has room for a larger-scale development.

What is the percentage of the Russian revenue compared to other markets like US or UK?

Russian revenue accounts for 6%. At the moment, the United States is still the most important source of revenue for our game, accounting for up to 30%.

How important was localisation when promoting your game in Russia? Did you do any test before localising the game or did you localise it from scratch?

About 80% of Russians speak only Russian, therefore the publishers who want to enter the Russian market should translate their mobile games into Russian first.

GTarcade chose a local translation company to perform the translation work, with English-speaking Russian translators. In addition, the developer team has adapted its plot and art design to the Russian market to suit the local cultures.

During the localisation process, GTarcade’s in-house experts will conduct quality progress checks throughout every delivery phase.

Youzu Interactive is always striving to localise the game in different markets. Currently, Legacy of Discord has 14 language versions such as English, German, French, Russian and Spanish.

We have different priorities about marketing plans. In Russia, we emphasise game features related to battles and guilds when producing creatives.

We want to keep “massively alliances battles” as a relatively high exposure to the local players, and our marketing campaigns will continuously show this by customised materials.

Besides, we need to find local influencers to cooperate with. In the Chinese market, we will show all features of the game more evenly.

It’s worth mentioning that we are keen to create marketing campaigns through the cooperation between different industries, providing our players with a great user’s experience.

In China, Legacy of Discord has cooperated with Want Want Holdings Limited, the largest rice cake and flavoured drinks maker in Taiwan. We are always looking for ways to partner with enterprises and institutions around the world when advertising our game.

Given your experience, is it worth to enter the Russian market, and why is it so?

Russia is currently holding a high priority in the global games industry. It is always worth to enter in such a vast market.

As we have talked about previously, there are reasons such as lower CPI, and Russia as an emerging and less saturated market. But it’s important to note that it depends greatly on the type of games.

Games which include PVPs, GVGs or something similar to these gameplays will have more opportunities in Russia.

Russia is a very idiosyncratic market and publishers who want to enter it must be familiar with the market’s preferences.