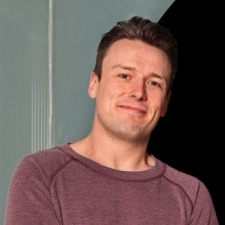 Berlin-based studio TreasureHunt was established with a big focus on hiring the right people and filling gaps in the mobile games market.

Co-founded in 2014 by former EA Vancouver Lead Designer Kyle Smith, he's previously described the process of building a studio as "idiotic, brutal, stressful," but nonetheless urged others to "totally do it".

And it looks as though the philosophy's paying off, with TreasureHunt closing a $6 million series A funding round ahead of the launch of its bubble shooter game Pet Paradise.

As such, PocketGamer.biz reached out to Smith to learn more about the investment and what it means for TreasureHunt going forward.

PocketGamer.biz: How encouraging is it to receive an investment of this size and to what do you attribute the faith shown in TreasureHunt by investors?

Kyle Smith: It’s a huge deal for us. We’re a small team, and we try to hire folks that can wear many hats.

It’s more funding than we had originally asked for, and the faith and investment in us is incredibly motivating and enables us to accelerate our plans.

What will this investment allow you to do and will any significant changes to the running of the company result from it?

There will be no actual changes in strategy. We’re just turning up the volume a little bit on what we currently had road mapped.

We were looking for more resources to give Pet Paradise the launch campaign it deserved.

We intend to only work on a few really strong games at a time, enabling us to scale those bets faster.

Do you feel that the timing of this investment puts you in the best possible position to make the launch of Pet Paradise a success?

The timing is perfect.

We were looking for more resources in order to give Pet Paradise the global launch campaign it deserved, especially since the soft launch saw such promising engagement.

How long has Pet Paradise been in the works and what inspired you to combine a bubble shooting game with a pet theme?

We built Pet Paradise from day one with zero lines of code to a soft launch in five months. The soft launch itself also took place over a five month period.

This is a tribute to two things: first of all, our unbelievably talented and experienced team.

Secondly, we conducted an astonishing number of surveys and research for a studio of our size in order to build a lot of confidence on day one, so we knew exactly what we were building and who the game was for.

You've previously spoken of the importance TreasureHunt places in making the right hires, so how important was it for you to have team members with experience in this genre?

To my last point, that was one of the deciding factors that led us to Pet Paradise.

We noticed we had a pretty deep bench in this genre, and at the same time our research and audience outreach showed a pretty clear opportunity to innovate in a meaningful way, so our path was clear.

Tell us a little about the additional game team that you intend to build using the investment and your ambitions for it.

I can mention a few things today. First, our top priority is to keep aggressively seeking out and growing the top 5% of industry talent.

We’re developing games that appeal to a very large audience and solve a specific issue.

Secondly, we’re going to keep developing games that appeal to a very large audience and solve a specific issue they’re facing with their current options.

For example, Pet Paradise addresses the issues of current bubble shooters not having a lot of depth on the metagame side of things.

Finally, what have you learned from the whole experience of getting funding and what advice would you give to other developers who wish to take the same path?

By specifically focusing on a single issue or opportunity within the market, along with a step by step plan on how to get there, you’ll increase your chances at securing funding.

If you have not only a good team, but the right team for what you’re planning to make, and what you’re making solves a clear problem currently frustrating users - as well as having the metrics to prove it - you should be able to find a very good partner with enough elbow grease.