eRepublik Labs on its plans to innovate mobile MMOs after $8.4 million acquisition 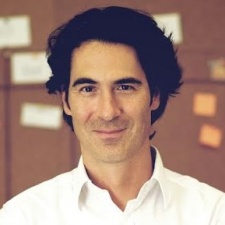 Founded in 2007, eRepublik Labs launched its eponymous browser-based MMO in 2008.

Still live at eRepublik.com, this was the Dublin-based company's flagship game. However, the firm has since pivoted to mobile strategy MMOs, launching mobile-only titles World at War: WW2 and Age of Lords.

And now the company, which employs 34 people across offices in Dublin and Bucharest, has been acquired by Swedish publisher and distributor Stillfront Group for €7.5 million ($8.4 million).

So to find out more about the deal and what it means for the future of eRepublik Labs, PocketGamer.biz reached out to the studio's co-founder and CEO Alexis Bonte.

PocketGamer.biz: To what do you attribute Stillfront Group's €7.5 million acquisition eRepublik Labs?

Alexis Bonte: We were simply a natural fit. Stillfront have a strategy called PLEX that we found very sound.

Basically, they have assembled - and are continuing to grow via targeted acquisitions - a portfolio of studios and games (the P) that have strong long-term retention (the L) that employ proven game engines (the E) and that can be cross-platform (the X).

This is similar to the strategy that we were employing at eRepublik Labs at a smaller scale and just at the game portfolio level, not across several autonomous studios.

We were able to see how successful this strategy is at the game level with Age of Lords and World at War: WW2, so to see a company do this across several like-minded studios was very exciting.

When there is mutual chemistry and strategic alignment, the rest is much easier.

As part of the process before the acquisition, we actually met most of the other studio founders that are in the Stillfront group and this confirmed to us that this was a great fit.

Then, when there is mutual chemistry and strategic alignment, the rest is much easier.

The upfront consideration of €7.5 million  was a fair value and Stillfront made it possible for us to increase that to up to a maximum of €20.5 million based on hitting certain targets over the next three years.

In addition, the fact that a significant part of the consideration is in Stillfront shares means that this is simply a new step in our journey that we are now sharing with other like-minded teams within Stillfront - and that we can all benefit from each others' successes.

What practical changes to eRepublik Labs and the way you work will follow the acquisition?

We will of course have to make some of the evident changes in terms of communication and reporting that come with being part of a publicly quoted company.

Other than this, not much will change from an operational perspective. Stillfront has an approach with studios that is similar to the approach that Supercell has with its game teams (cells), giving each game studio autonomy and focusing on how they can support and help them scale faster.

Of course, this approach only works if you have experienced teams and studios with a clear track record of success and it's the case here with us and the other Stillfront studios we have met.

We have also already had several talks with other studio team members to share learnings on specific technology challenges or marketing, so that is great for our team and will accelerate our progress.

We are looking forward to inspiring and being inspired.

Have your ambitions for the company changed at all following the acquisition?

Not really. When you have been making games for close to 10 years, you know that you have to take things step by step, that to have success in games is not easy and you must build teams slowly and learn from the projects that do not do so well.

Our ambition is still to stay lean, continue to learn and grow one game at a time.

After being one of the pioneers of free-to-play strategy games on browser in Europe with eRepublik.com, we have worked very hard to to also craft successful games on mobile.

Our ambition is still to stay lean, continue to learn and grow one game at a time.

Each of our new strategy MMO games on mobile has done better than the previous one and to continue with this trend is our first target.

We will see over the next few months how we can leverage being part of Stillfront to amplify what we are already doing, without losing our focus.

How big is the potential for mobile MMOs, and is this an area to which you remain particularly committed?

We believe we have only scratched the surface of the potential for mobile MMOs.

Many themes are poorly represented although they have large fan bases, whilst others are over-represented and we think there is an opportunity there.

There are also many innovations in gameplay yet to be designed to delight strategy players.

Mobile games are set to continue to have double digit growth for the next few years. There are now two billion mobile gamers in the world and 600 million in China, according to this recent games industry report by the leading global VC firm Atomico. That is a huge market.

So yes, we will continue to focus on mobile MMOs and strategy games.

We have tried other game genres - some haven’t prospered, but others such as Twin Shooter Invaders have done well critically and commercially - but our team DNA is in crafting strategy and MMO games.

Having released MMOs on both PC and mobile, what do you feel are the key challenges and opportunities for the genre on mobile?

MMOs are a very competitive genre in particular on mobile.

Innovation is hard because game design patterns, particularly in free-to-play strategy MMO games, are complex and apparently small changes can easily turn off players and badly impact retention or monetisation.

There is some player fatigue around predictable game design patterns, so innovating smartly is key.

At the same time, there is some player fatigue around predictable game design patterns, so innovating smartly in the genre is a key challenge and a key opportunity as well.

On PC, I believe there are different types of opportunities and the market is a little less competitive. You can more easily achieve smaller success with premium games, but it's harder to get the type of massive scale hits we are seeing on mobile.

This is why, although the market is more competitive on mobile, we prefer to be mobile-first as we feel we have built enough know-how over the years to be one of the studios that can do well in the space by creating fun strategy MMOs for mobile.

What is eRepublik Labs currently working on and how will the acquisition affect its development?

We are working at the moment on growing our existing games and on new strategy games. Depending on how they perform in soft launch, we will likely release one this year.

The acquisition for now hasn’t affected our development. We have a very clear and focused product roadmap and are sticking with it.

What can we expect to see from eRepublik Labs in the rest of 2017 and beyond?

Constant improvements to our existing top games - eRepublik.com, Age of Lords and World at War WW2 - as well as new strategy MMO games for mobile with original themes and a few surprises compared to what you can now play on mobile.

Master the Meta: Is Glu about to make its largest acquisition yet?