Rovio's flagship IP is back with a new mobile RPG 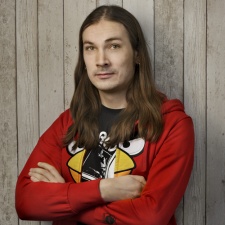 Rovio has just launched its second game of the year in the form of Angry Birds Evolution.

Following up on May 2017’s Battle Bay, Rovio is back to its flagship IP and is taking it in a new direction.

You’ll no longer be catapulting the angry birds into flimsy fortresses built by bad piggies, though you'll still be slinging your angry birds around a small arena in turn-based battle as they brawl it out almost pinball-style in the ring.

The birds also look different, tougher, with one of the game's goal to collect, train and evolve them for battle.

As Angry Birds Evolution Product Lead Miika Tams explains, the main inspiration for this new gameplay style and the game’s design has been Eastern RPG titles such as Slingshot Braves.

“In general, we wanted to combine arcade gaming mechanics with very deep storytelling, incredible amount of characters and the gacha mechanic,” says Tams.

“As an example, everything in the game has a meaning and a backstory.”

The first idea for what would eventually become Angry Birds Evolution was written all the way back in January 2014. Concepting and prototyping on the game then began in March 2014, meaning it's been in various stages of development for over three years.

Tams says it’s been a “long and interesting ride”, but is excited for the game to finally reach global launch.

Though in this new Rovio that focuses on live operations, in many ways the work has only just begun for the team.

An interesting detail in Rovio’s press release for the game also states another key focus area for the company: RPG. Elements of this genre can be seen in both Angry Birds 2, Battle Bay and now in Angry Birds Evolution.

RPG mechanics are becoming a regular occurrence in games development by Western studios, and are already a stalwart in Eastern countries like Japan, China and South Korea.

“This applies also for the Angry Birds universe; RPGs provide a great opportunity to introduce the universe for the players who are fans of RPG games. With Angry Birds Evolution, we want to reach to a bit older audience, males 20 to 40 years old, and RPGs are a great way to do so.”

While Eastern games have heavily influenced design by Western studios, it’s still often been difficult for games to make the jump from East to West.

Tams says one of Rovio’s main goals is to make the Eastern RPG as accessible as possible for more casual Western audiences.

“Eastern RPG-type mechanics have been iterated in Asia for a long time,” he says. “We wanted to learn from that iterative process and developed our casual take of the mechanics.

“We believe the new take on the Angry Birds brand combined with more adult humour, amazing amount of characters and polished gameplay could be the winner in the Western world of the Asian-style RPG games.

Simply, for an RPG we did not see any other option but the 3D.

“Also, it is not only about the mechanics, but how the overall gaming experience is supporting the game - characters, story, art, etc.”

In fact, the RPG design has also influenced the title’s striking 3D graphics.

Taking some inspiration from the art style of The Angry Birds Movie, Tams says 3D creates great opportunities to develop the game’s cast of characters, new worlds and the quality of graphics mobile games can now provide.

“Simply, for an RPG we did not see any other option but the 3D," he states.

It’s not the first time Chimera has worked with Rovio, it developed another Angry Birds RPG released in 2014: Angry Birds Epic.

Its experience in RPG development, combined with its work on 3D mobile titles like Deep Silver Fishlabs’ Sacred Legends, made it an ideal partner for Rovio.

“Their 3D skills have been one of the key factors why we absolutely wanted to work with them,” explains Tams.

“In general, we share the work and aim to have a lot of creative freedom for everybody who is working at the game. Rovio is the publisher and owns the brand and the game idea, and Chimera is our development partner.”