Two years on: Pocket Gems on the evolution of War Dragons 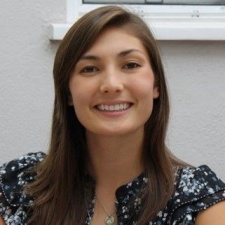 PocketGamer.biz: With War Dragons now more than two years old, how do you reflect on its performance - from launch to the mature title it is now?

Chelsea Ono Horn: War Dragons was the first hardcore title that Pocket Gems released, so our understanding of that genre has grown with the title.

Thus, War Dragons has continued to improve with time as we’ve grown closer to our players, better understood what makes for good live content, and maintained the beauty and technical excellence of the game.

How big is the team currently handling live ops on War Dragons?

We have over 50 people actively working on the title and we are continuing to grow the team.

Our players are absolutely our number one consideration.

We have a number of people at Pocket Gems who are solely dedicated to improving players’ experience.

We put a lot of effort into maintaining a close relationship with our community and have a number of people at Pocket Gems who are solely dedicated to watching over and improving our players’ experience.

We make it a point to let our players know in advance what each update will look like and we actively converse with our players on our forums, Twitter, Facebook, Twitch, etc.

We have also been working with our community to do more beta testing of features to get early feedback on new game systems.

This has been incredibly helpful in making our features better, as well as allowing our players to feel like they are contributing to the direction of the game.

What steps have you taken to ensure that War Dragons maintains a sizeable and active player base all this time after its launch?

Community is probably the most important component of War Dragons. We’ve seen people form lifelong bonds through the game with group BBQs, creating podcasts together and even a few marriages.

We help players create strong bonds with their fellow teammates through coordination in team events and wars.

We also care deeply about what our new dragons look and feel like, and how new dragon spells and towers should interact to ensure that the game is balanced and requires strategy to master.

This way we create an environment in War Dragons where our players are consistently motivated by their strong social ties and their continuous improvement of skills, strategy and power in the game.

We find that our players are actively inviting and recruiting friends to play with them as well. In this way, we have been able to hold on to elder players while encouraging social growth.

To what do you attribute War Dragons' consistently impressive grossing performance, and how do you sustain it?

We think of ourselves as a reverse Field of Dreams: “If you let them destroy things, they will come.”

We focus on metrics that help us understand whether or not our players are having fun.

Seriously though, we strive to give our players something new each week so that they always have something to look forward to and work towards - whether this be new events or new dragons to master.

Consistent content releases and our dedicated player base help us to maintain strong overall performance.

We try to keep our focus on metrics that help us understand whether or not our players are having fun.

In addition to the standard KPIs, we keep a close eye on community metrics. Some recent ones are over two million chats sent per day and over 250,000 guilds created to date.

What lessons have you learned/are you still learning from War Dragons? Is there anything about the game that, in hindsight, you'd now handle differently?

I think that we can do more to give players additional avenues to express themselves and be a part of the War Dragons community outside of the game.

For example, we are giving people rights to create companion apps and working on supporting a Creators Faction of designated player liaisons to voice player opinions and get game-specific info.

These are very rewarding projects to be a part of as a game developer and I would like to see more of this continue.

In hindsight, I wish that we had spent more time thinking through localisation and a universal icon language before we launched the game two years ago.

We want our game to be accessible and understandable in countries and languages all over the world, but because we designed with English text as our benchmark we find that there are many areas where localised text does not fit, or is improperly flipped in languages that do not run left to right.

I wish that we had intentionally designed features in a more pictorial context to avoid many of the incremental fixes we find ourselves spending time on today.

Finally, how has your experience with War Dragons informed where you are/what you're working on now?

The game has validated that players are excited about social, real-time games and has motivated us to continue exploring this space.

War Dragons was also a big step for us in terms of improving the visual polish of our games. This is something we are very proud of and have continued to bring in expertise to really hone the craft of creating spectacular 3D visual experiences.

Why did Tencent invest a further $90 million into Pocket Gems?