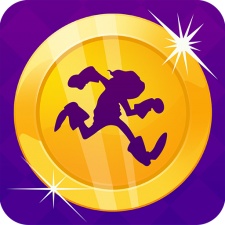 A duo of Australian entrepreneurs have teamed up to create a mobile endless runner in which high-scoring players yield real-money rewards.

Over the next six months, Millionaire's Run will have players competing for a $1,000 cash pot given to the holder of the highest score each week, before capping it off with a winner-takes-all $1 million prize.

Grant Moyle and Todd Wild came up with the original concept for Millionaire's Run while on a business trip in India five years ago, before teaming up with Code Heroes to make it a reality.

The game is set to launch globally on July 13th, though it is now available in beta through the iOS and Amazon app stores.

To find out more about the process of bringing his ambitious concept to life, PocketGamer.biz reached out to Millionaire's Run Co-Creator and Managing Director Grant Moyle.

PocketGamer.biz: What inspired the idea of a mobile game in which players compete for cash prizes?

Grant Moyle: The idea was conceived fairly early on in regards to the App Store generating mass appeal to the global market.

It was clear to us that there were very few platforms that had that level of global reach within a single distribution model and limited cost base.

That being said, we asked ourselves a simple question: how do we encourage as many people as possible to download an app?

The answer was simple: give them a million dollars! And we started from there.

What steps have been taken to ensure that both those who purchase in-game boosts and those who don't have a fair chance of winning prizes?

We originally wanted to uncap the amount of lives people could buy to maximise the revenue generated, but it became clear that in order to give everyone a fighting chance we would have to limit the number of purchased lives to five.

We felt that was a fair number to give people who don't want to pay to play a real hot chance.

What special considerations in terms of data security does a game of this nature demand?

This was paramount to the integrity of the competition and has been by far our biggest spend in regards to the development of the game.

Security was paramount to the integrity of the competition.

We had to custom develop a number of processes to ensure the highest level of data security and integrity, and although for security reasons I can’t detail them, I can confirm that we will be one of the first developers to utilise blockchain technology as part of our process to ensure data integrity.

With the ubiquity of mobile devices effectively democratising this kind of competition to all, will games like Millionaire's Run become the modern answer to TV game shows?

I hope so! I can absolutely see a world where you apply to be selected, to tap into a live broadcast - to compete for prize money, hosted by a guy with great hair.

What is really exciting about this concept, and Millionaire's Run, is that the technology removes the restrictions of borders and travel for this genre. 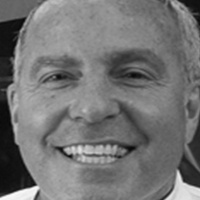 Reply
Mortadi Omar GAME design and dev at Mr Mortadi
new reward type keep adding up , i personally prefer score reward and good games rather then basic games and real reward . a game is has to be a game after all and not cash machine !! :D
Posted 3 years, 11 months ago

Reply
Chris Noeth CEO at McPeppergames
Great idea but I guess it will be difficult to manage.
Posted 3 years, 11 months ago

Reply
Mortadi Omar GAME design and dev at Mr Mortadi
they could manage i if they have the budget for that !! if they put like 50 per cent profit into managements this will be beneficial any ways !! so :p
Posted 3 years, 11 months ago