How Tag Games brought a PC favourite to mobile 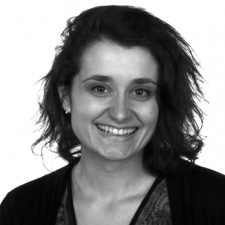 After 18 years of working almost exclusively on PC games, Paradox Interactive established a mobile games studio in May.

But even before that, the Swedish studio quietly marked its arrival on the platform by signing up with Tag Games for a mobile version of the Introversion Software-developed Prison Architect which soft-launched in April.

"If you talk to the PC audience, the majority of them would say there are no hardcore games on mobile," Paradox Interactive's Kim Nordström told PocketGamer.biz, explaining the company's motivations for entering the space.

Prison Architect: Mobile launched at the end of May, with all the content and depth that made the PC original such a cult favourite.

But how much of a challenge was it to bring all that to mobile, particularly as an external studio? To find out, PocketGamer.biz reached out to Tag Games' Development Director Marc Williamson and UI Artist Joanna Jakubowska.

PocketGamer.biz: How and when did the opportunity arise for you to work with Paradox on a mobile adaptation of Prison Architect?

Marc Williamson: With Prison Architect seeing so much success on PC and console, Introversion and Paradox had identified potential for the IP on mobile.

We were approached by Paradox to pitch for the project in Summer 2016.

What were your priorities when setting out to bring the game to mobile and what ended up being the biggest changes you made to the original?

Joanna Jakubowska: The priority was to bring the complex Prison Architect PC experience to tablet.

The largest change by far was to the UI and screen layouts, which needed a lot of work to make them touch-friendly.

Screen layouts, buttons, input methods, control system, menu structure - pretty much every aspect of the UI needed to be addressed to create an intuitive and engaging user experience.

The UI was also given an art makeover with new icons, panels, buttons, wardens, etc.

The other big change was to the payment model. Prison Architect Mobile breaks down the game into smaller chunks, so players can cherry-pick the parts of the game that they want to play.

So if you have played the game before, you don’t need to play chapters again. And if you haven’t, you have a chance to play a short demo - chapters one and two, and part of a sandbox mode, and then if you like it you can upgrade.

Screen size was the other major issue, and we had to squeeze the entire interface down dramatically while at the same time increasing the size of the input fields.

How did you endeavour to balance the game to appeal to both Paradox's existing PC audience and the mobile gamers playing for the first time?

Joanna Jakubowska: The aim was always to bring the full experience across. We were not looking to make 'Prison Architect: Lite' or 'My First Prison'.

The tablet version had to be everything the PC game was and really show that complex, deep games work on mobile - but with a modern, intuitive UI tuned for handheld devices.

Prison Architect is a natural fit for tablet. The 2D viewpoint, drawing, zooming and panning - everything that you do in the game is a good fit for handheld devices.

Our work went into improving the user experience but not into diluting the game in any way.

I think the mobile game market is lacking deep, rich simulation games - titles that require thought, time and strategy - and Paradox is looking to fill that void.

Prison Architect was the obvious choice to do that .

How big was the team on Prison Architect: Mobile and how long was the total development time?

Joanna Jakubowska: The team averaged around six people and grew when we needed to push harder for deadlines.

Overall development time was around eight to nine months, with the busiest period coming around the turn of the year.

How much contact did you have from Paradox and Introversion during the project, and were they hands-on in offering advice?

Marc Williamson: Introversion and Paradox were great. We had weekly calls with both parties to discuss the project and any issues that we could see with the conversion.

We had weekly calls with Introversion and Paradox to discuss the project.

Mark, Chris and the Introversion team were a massive help. They know their game inside out and were able to talk us through some of the nuances that would have otherwise taken a long time to understand.

The team at Paradox have been really supportive all the way. I think it was a great working relationship and they trusted us with our knowledge of mobile development.

What did you learn from the soft launch period, and what were the biggest changes you enacted as a result?

Marc Williamson: The soft launch period was used to decide on what payment method was going to be the best fit.

It’s not a game you could imagine fitting the standard free-to-play model, but the desire was there to allow players to experience the product without having to pay up-front.

We had several segmentation tests running at once with different stores and pricing available. In the end, it was a 'free-to-try' model with optional upgrades that connected best with the game’s audience.

We also discovered that the game was doing considerably better on Android devices, which was a bit of surprise.

What iterations did you go through in attempting to adapt from a paid model to free-to-play and how happy are you with the result you've arrived at?

Marc Williamson: I think we have a nice balance between allowing new players into the Prison Architect experience and giving them the option to go deeper if they choose.

Mark at Introversion felt strongly that the mobile audience needs to have full, complex games made available to them and the continual run to the bottom, be it in terms of cost or complexity, hurts games overall.

It’s difficult to see any way how Prison Architect could work with the free-to-play model, but this 'free-to-try' approach is a great solution.

How different was the entire experience from building a game from scratch and do you see yourselves taking on similar projects in future?

Marc Williamson: The difference between this and making a game from scratch really comes down to control and vision.

If we are designing a game from scratch, we think long term from day one - live ops, support, new operating systems, form factors.

With any project where you are taking on other people's code, a lot of patience is required.

With any project where you are taking on other people's code, a lot of patience is required. You’re also inheriting the result of years of decisions and changes and things may not always work in the way you expect.

UI design and art can be slightly different if you have a situation where the game design is well established, documented and tested so you have a solid base to work from.

However, you still need to make sure your design choices do the game justice, keep in line with the creator’s original vision and connect with the fanbase.

This kind of project is a great fit for Tag. We are mobile engineers and bring a lot of value to projects like this.

There is a lot of content on PC and console that can be reimagined for mobile, and this is where we can really excel, with the right partner and IP.

What was the biggest challenge you faced during the game's development?

Joanna Jakubowska: The PC version needs 4GB of RAM so optimising for less powerful mobile devices proved a challenge throughout.

But the biggest task was to build a logical, clean interface that could accommodate all the information players needed.

It was a huge undertaking as there are so many menus in the game, many of which are quite complex.

We were constantly battling with the screen size and creating a user interface that performed the way we needed it to. This became the main focus of development.

What's next for Prison Architect: Mobile?

Marc Williamson: There is always room to improve. You could do so much with the 'Escape Mode' and in implementing PvP mechanics.

That obviously requires additional development time and resources, but I think we achieved good balance with what we delivered.

A new update coming out very soon that will boost performance. Beyond that, who knows?

Introversion on how Prison Architect brought it back from the brink