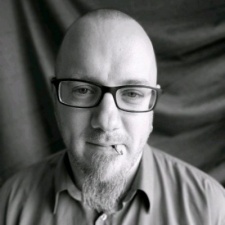 Unite Europe 2017 may not have been an event for big reveals, but the seemingly smaller announcements mark an exciting future for the Unity engine.

The big new feature coming in its Unity 2017.1 update is Timeline, a drag and drop editor for animations which gives non-coders better control over scenes.

This can be coupled with Cinemachine, a smart camera system which can follow elements in a scene and be placed along a visual, user-controlled dolly track for simple camera control.

"Timeline and Cinemachine are the first features that we're rolling out with that. The goal is to make Unity more accessible to non-engineers, essentially.

"It's always been great for engineers, but sometimes it's not as easy or as intuitive or easy for artists to get in."

Timeline bridges the gap between programmers and artists by removing a lot of the code required to sync up audio, video and everything else. It means that just about anyone can jump into a project and start messing around with it.

"We looked at, what is the most difficult thing to do in Unity right now," says Wuetherick.

"In most games, as a player, you're walking around the world and you're triggering something, and triggering those sequences and animations takes up the bulk of your code.

"With Timeline, it lets you have that workflow in a visual, quick iteration fashion."

It's already been implemented in projects using Unity. The short film Adam, for example, was one of the first major projects to make use of the technology, giving Unity the opportunity to show off Timeline in a high quality short film.

Timeline also integrates perfectly with camera feature Cinemachine, which has its own controls that operate independently from the rest of the game.

But Cinemachine didn't start life as an add-on for Timeline – it actually came around a little earlier.

"Cinemachine was Adam [Myhill, Head of Cinematics at Unity]'s brainchild, he had been creating it and had shipped at least one game using Cinemachine with Unity before," notes Wuetherick.

We're an engine that lets you deliver content that you create to just about any platform that's been invented.

"By itself, it's got gameplay cameras and great chase cameras, but the integration with Timeline kind of makes it magical, where you get all the camera blending and the movie-making side of it."

And that's key for Unity as it moves on from being "just" a game engine – as well as bringing attention to the people who use it for purposes outside of game development.

"It's acknowledging that people have been using Unity for non-gaming things for years," Wuetherick points out.

"We're an engine that lets you deliver content that you create to just about any platform that's been invented – or that will be invented, we're adding new ones every month it seems."

One platform that Cinemachine doesn't appear to be catered for is VR, one of Unity's biggest growing audiences for developers. After all, removing camera control from the player in virtual reality is a sure-fire way to give them motion sickness and turn them off your game.

But Wuetherick has been giving the challenge plenty of thought – at Vision Summit earlier in the year, he created a short demo that used Cinemachine to better present a VR game to an audience.

"How do you spectate VR? VR is so focused on 'me and the headset', but you look at anyone else trying to watch VR and you get the super crazy, first-person view," says Wuetherick.

"You can use Cinemachine and craft this spectator experience – for the Vision Summit demo we incorporated some of the mixed reality tech, like the mixed cast system that we use – and then we layer Cinemachine cameras on there, so you can still sculpt a cinematic experience focused for the spectator."

While VR remains important to Unity, it's still giving its attention to bigger platforms – particularly smart devices. Mobile is so important that the conference's keynote saw a team of Unity leads showing off how a developer could convert their PC game into a free-to-play mobile game.

It was a pretty strong statement to make – that even PC and console developers can and should be looking to mobile – but Wuetherick says that it's what developers are looking for.

A lot of developers are trying to figure out how you can take your game and get a larger audience.

"It speaks to the power of Unity's cross-platform development," he says. "That idea that you can create something in Unity and target all these different platforms.

"A lot of developers are trying to figure out how you can take your game and get a larger audience – that's sort of the dream."

As for the future of Unity, there's a few interesting improvements to come to its C# job system and graphical capabilities, but further updates are currently focused on making the engine more and more accessible.

"We're making sure that Unity is efficient, intuitive and quick to work in for artists, engineers and designers, making sure everybody can be part of that iteration cycle," says Wuetherick.

"We see something that someone else builds, and then you build it, and you're like okay this could be easier, or this could be more efficient.

"Our job is to help refine roadmaps and make sure we're building the right thing at Unity."