"As soon as you call it out, people become more aware of it": Wooga on promoting diversity in games 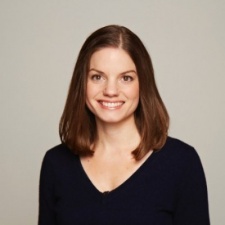 There's no getting around the fact that there is a disproportionate number of men in the games industry compared to the number of women.

Even a cursory glance at the Unite Europe 2017 speaker list gives you an idea of the lack of industry diversity. As we noted in our round up of the event, only 15 women were on panels or giving talks, and only six of those women weren't employed by Unity.

But the problem isn't going by unnoticed. For its part, Unity ran its own series of Women in Games talks at the event, and there are plenty of other developers setting up their own schemes and working to bring more women into the industry – such as Berlin-based mobile game developer Wooga.

"There's a sort of momentum going on where there's many more initiatives picking up, and it's actually not that special anymore," says Maike Steinweller, Head of Communications at Wooga.

"I find that great – there's so many things popping up, and the more you repeat the same things and thoughts, they get picked up by different areas of the media and people get more sensitive about the topic. That's what helps get the message across."

Wooga has helped set up initiatives largely focused on promoting opportunities in the game industry to girls and young women who have yet to decide their professional futures, and may not have even considered a career in the sector.

"So many of them don't have it on their radar, especially in Germany where anything around STEM or information technology in schools doesn't play a massive role," explains Steinweller.

"In games, you have so much variety. It's not just programming, it's game design, producers, artists, it's so many different things, and just getting that on their radar is very important."

One of the programs Wooga is involved in is Girls Games Workshop, a slightly rebranded version of Girls Make Games, a program that Jelly Splash Lead Engineer Glenna Buford was already involved in.

Girls Games Workshop has so far run two one-day workshops for 12 to 15 year old girls, teaching them the basics of programming and design in a practical fashion.

"We have all these volunteers from Wooga, women and men, running the workshop and showing them that a programmer is not necessarily a dude," says Steinweller.

"From Wooga, we support it financially, we use our offices for the workshops – we do everything we can to make it a really smooth ride."

It's not just younger minds that Wooga is helping out – it also sponsored five female developers from around the world to attend Unite Europe 2017.

"That was a fun idea we had at the start of the year, where we thought: why not create some kind of scholarship?" says Steinweller.

As soon as you call it out, people become more aware of it.

"We asked women and students to submit one playable level of their game idea and we got all kinds of applications with very differently executed games.

"In the end we brought five students from Germany, Turkey, Ireland and France over with us, and they get the chance to go to their first tech conference."

But for Wooga, it's not just about running initiatives to encourage more women into the industry – it's also working to educate its team on the problems within the industry.

"We've been working with an external consultant to run a couple of internal workshops, some for a broad audience where we educate our people on unconscious bias and how to make sure that all voices get heard in meetings," says Steinweller.

"We did huge sessions with the whole company and workshops with our leadership teams, so they get more sensitive about, for example, how they make sure not just the loudest voice in the room gets heard, but everyone gets heard.

"It's a lot of nudging people to be sensible about it, because as soon as you call it out, people become more aware of it."

It's an initiative that sounds likely to ruffle the feathers of some of the old guard, but according to Steinweller, it's been welcomed by the team.

"Obviously not all the colleagues are like, 'hooray. let's do this', and some people are more open than others," she says.

It's really important to keep going, and keep repeating what you do.

"But what I really found surprising was some of the team leads went to those workshops, and then some of them you wouldn't have necessarily expected them to be excited about it started messaging my colleague who facilitated them afterwards and were like: 'I started trying this and that, and it works really well'."

It's a good start, but there's always more work to do. For Steinweller, this mostly involves maintaining the work that Wooga has been doing.

"It's really important to keep going, and keep repeating what you do," she says.

"For now, we had five people we could give those scholarships to. But we see so many applications and we would love to keep doing that and increase the number of people we can involve in these initiatives.

"If I had an unlimited budget… I would really like to have more people going through these workshops at universities, for example, and all the companies that are out there, and really educate people about how the brain works."