"We have a plan, and we're sticking to the plan": Nordeus on the continuing development of Spellsouls 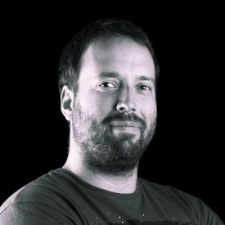 When Nordeus soft-launched its dark fantasy CCG Spellsouls: Duel of Legends, it was a total surprise – it is, after all, a wild departure from the studio's first and only game, long-running football management sim Top Eleven.

We've kept a close eye on its development since its initial soft-launch – we spoke to Nordeus' Chief Creative Officer Milan Jovović about the game when it first launched, and then with CEO Branko Milutinović in May 2017.

But the studio has stayed relatively quiet on its development over the last six months, save for the updates posted on its App Store listing. So, how is development going?

"We are constantly releasing updates, and even more updates are coming, so I don't think we're in a bad place."

"Especially for the team size we have right now, I think we are pretty solid," adds Nikola Damjanov, a Senior VFX Artist on Spellsouls.

The team currently sits at around 45 people, covering all aspects of the game, including managers, programmers, designers, artists, and beyond.

"For the size of the team, we're releasing updates every two weeks – sometimes it is small incremental stuff, sometimes they're really huge – but so far, we have a plan, and we're sticking to the plan," notes Damjanov.

While the game isn't being talked about much with the wider public, Nordeus is working closely with its community on these updates. This includes its bigger content releases, with the latest update featuring a new character brought about from player feedback.

In soft launch we're really trying everything we can think of that we think is a good idea.

"That's one of the big points we learned from progressing Top Eleven the last seven years – the community is really important," says Damjanov.

"Spellsouls has included the community from the start, we value their opinion, their reach, and their influence. We have a forum, we have ambassadors, which are the hardcore players of our game, and we really cherish their input, and they've given us some really good feedback.

"Sometimes you work on one thing for a long time, and you can't see the forest for the trees, but the community can be really good as a sanity check."

One of the more interesting additions in Spellsouls' soft launch is the VIP subscription service, which allows its invested players to pay a fee and receive more gold and experience in return.

Its inclusion is noteworthy since it's still relatively early in the game's development cycle, but it's all part of Nordeus' "try everything" strategy to soft launch.

"In soft launch we're really trying everything we can think of that we think is a good idea, so that we can see what should stay for full launch and what shouldn't," explains Tech Lead Srđa Štetić-Kozić.

And these invested players will likely be the backbone of Nordeus' efforts to push into eSports with Spellsouls – though the team is still focused on making a good game first.

"If we succeed in making a hit game, then we have a good base for creating an eSport," says Damjanov.

"If you just start an eSport event and try pushing things down people's throats, I don't think that's going to work out. We need confirmation from our players that our game is good first before we try something like that."

If we succeed in making a hit game, then we have a good base for creating an eSport.

One of the main factors that Nordeus is focusing on to attract players is through Spellsouls' graphics, which are aiming for triple-A console quality across even low-end devices.

"It's such a challenge that we have two talks about it at Unite," jokes Damjanov. "We made everything custom – the lighting model, shading, shader models."

"We're using PBR [physically-based rendering] shading on mobile, which is quite difficult, and this game runs on six-year old devices," adds Stetic-Kozic.

But there's still plenty of time for the developer to work through these technical challenges and deliver a quality game. The team is tight-lipped on an exact release date, but is aiming to launch by the end of 2017.

"It's still missing the final bells and whistles – we're pretty much happy with how the environments and the VFX look, but we still want to work on the characters and spellcasters," says Damjanov.

"We have the core of the game now – we're in the polishing phase."

Nordeus on the importance of optimising for low-end devices