Playing it cool: How Snowfall is building a business on one external IP 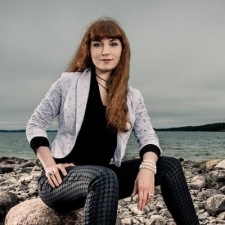 The Moomin's world as it appeared in the original novels and comics was rather distinct in atmosphere from the saccharine energy of the popular 1990s animation most non-Finns associate with the IP in the first instance.

Go back to Jansson's books, and you'll find a place that is eerie, dark, and steeped in both grumpy gloom and carefree optimism.

And it is capturing that tone that has seen games developer Snowfall secure €1 million in funding, as the team embarks on developing games using the IP.

It all started for the team after a conversation in the winter of 2014, where Snowfall's three founders became convinced there was untapped potential in making games based on what the Moomins really were. Many had tried it before, but the Finnish national treasures were still waiting for a game worthy of their popularity.

Not being developers themselves, the founders formed JamRun Adventures Oy, and commissioned local studio Indium to build a game on their behalf.

That game was mobile release Moomin Adventures: Jam Run, and it did well. Having tested the appetite for Moomin games, the studio rebranded as Snowfall, and began fundraising in early 2016.

While it's still too early to call the endeavour an absolute success, with one game nearing release, and two more Moomin titles underway, Jansson's creation is certainly keeping the Snowfall team busy.

Working with just one external IP, however, isn't an everyday way to find mobile gaming success. So why commit to a single family of hippo-nosed trolls?

Today, the Moomin brand is huge. While it has long served as a cultural institution in its homeland, presently Moomins are wildly loved across the world, and particularly in Asia. They are the stars of a huge merchandising operation, and continue to grow in popularity. And that, believes Snowfall CEO Natasha Trygg, means there is a new, vast audience and potential market.

On the creative side, I have to say we are not making games for kids. What we are doing is more like Pixar.

"On the creative side, I have to say we are not making games for kids," says the CEO, who is currently leading a team working on mobile game Moomin Under Sail.

"That's very important. What we are doing is more like Pixar and so on. So basically we are taking the Moomin's actual nature, and Tove's black humour, and Moominpappa getting drunk on Whiskey, and we are putting all that into our games. There are conversations in the Moomins that can be really dark, and we will have them in the game.

"Our work is kid friendly, of course. It's three-plus, basically. But those kids won't always get everything. It's the same with Disney. Some of the Disney stuff kids won't get until they're old enough. So we make games for adults. Many Moomin fans grew up with the Moomins, and they have this nostalgia for them, and know what they are."

There's also an opportunity, Trygg believes, in the misunderstanding of the brand. Most, she says, see Moomins as 'cute little marshmallows'.

"There's so much more to them," Trygg insists. "Tove made this whole world that is so colourful, with really unique characters, and that is what Snowfall focuses on."

Working with an external IP, though, means obeying the rules of the brand holder. Moomin Characters, which owns the property, has several edicts. Moomins can never die. They can never do harm. They must never be violent.

Tove Jansson made this whole world that is so colourful, with really unique characters, and that is what Snowfall focuses on.

"Think about it. Making a game with no violence isn't easy," Trygg asserts.

But it is here that the opportunity for savvy mobile developers exists, Trygg believes. As has been proved many times throughout the history of video games, a good licensed IP does not guarantee a good or successful game. For that, you need good game designers.

"There is a bit of a separation between making a good game, and knowing a brand," states Trygg, whose PHD looked at copyright and ownership.

"You need game designers and somebody who knows how to make good games, and then there is the IP and the restrictions with how you use the brand."

And, for the Snowfall team, working within restrictions is what keeps their work at a high enough standard.

"As an artist, I love original IP and all that, but also, when you have full freedom you can get lost," she explains.

"So you have to set your own boundaries. Here at Snowfall we have made it sometimes easy, with the Moomin restrictions. We know what we can do, and we know what we cannot do. We work within those boundaries. And if we want to do something different, we can negotiate with Moomin Characters."

Time and again, Trygg highlights what great collaborators Moomin Characters the company is, and there perhaps Snowfall is lucky. But as the CEO and her colleagues ponder more Moomin mobile releases, they are claiming much wider potential.

"The holders of the Moomin brand hold so many other brands," Trygg concludes. "That's almost the whole point. And we have a very close collaboration with them. We have built a trust. It has been proven from the business side that we work well with their IP. It won't be an issue to work with more IPs from the same IP holder."

For Snowfall, at least, their future may well be filled with more than one IP. For now, though, it is focusing on one property that provides them with that prospect.