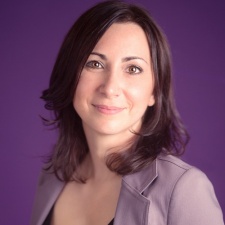 Celia Hodent is recognized as a leader in the application of user experience (UX) and cognitive science in the game industry.

Celia holds a PhD in psychology and has over 12 years of experience in the development of UX strategy and processes in video game studios.

Through her work at Ubisoft (Rainbow 6), LucasArts (Star Wars: 1313), and as Director of UX at Epic Games (Fortnite), she has contributed to many projects across multiple platforms, from PC to consoles, mobile, and VR.

Celia is also the founder of the Game UX Summit, advisor for the GDC UX Summit, author of The Gamer’s Brain: How Neuroscience and UX can Impact Video Game Design and of The Psychology of Video Games.

She currently works as an independent consultant, helping studios increase the likelihood of their games to be engaging and successful.

It's easy to forget that user experience (UX) as a profession is a relatively new discipline in games industry terms.

It's now a term that's bandied around a lot, with developers taking a much more rigorous approach to issues of usability and onboarding, but it has taken a long time for UX to become formalised.

Celia Hodent is now Director of UX at Epic Games, but such a role did not exist when she completed her PhD in developmental psychology back in 2004.

Her first job in the games industry was at VTech, a manufacturer of educational video games and toys.

“I thought I could actually use my knowledge of how kids learn and how people learn in general,” she recalls.

But at that time, discussion of psychology in the broader games industry was effectively limited to scaremongering about games making children violent or withdrawn.

It quickly became clear to Hodent, however, that cognitive science could have applications beyond the educational sector.

“That knowledge of the brain and how it learns is directly applicable to any game,” she considers. “Because any game is actually a learning experience.”

Knowledge of the brain and how it learns is directly applicable to any game.

She was given the opportunity to put this theory into practice at Ubisoft from 2008 to 2010, where she trained game teams on how the brain learns as part of the company's internal Design Academy.

“It helped designers, creative directors and gameplay programmers at Ubisoft to have the same common ground about what design means, with basic knowledge about how the brain works, how it learns and what that means for tutorials or for a better experience in games,” she explains.

There were signs elsewhere that the games industry was awakening to psychology, too, with Mike Ambinder - another doctor of psychology - joining Valve as an Experimental Psychologist in 2008.

“At that moment, user experience was not really a term,” Hodent reflects.

“It was a bit later when UX, coming more from web design and product design, started to be recognised for what it is: applying cognitive science and human factors to product development to make it better.

Further evidence of the growing interest in user experience came at this year's Game Developer's Conference, which hosted a UX Summit for the first time in its history.

Hodent had an advisory role, after putting together Epic's own Game UX Summit the previous year.

“It took a while, but now it's officially a thing,” she enthuses.

“We had a line right up to the escalators, and people were super excited for that summit because it's finally formalised that this is as important as marketing, AI development or game design.”

She hopes that this momentum continues with the Ubisoft Toronto-hosted Game UX Summit 2017, which she is curating, and the returning UX Summit at GDC 2018 next March.

Hodent attributes the growing recognition of UX in the games industry to two major factors: so-called 'serious games', which mostly feature some kind of educational objective, and the rise of free-to-play.

In free-to-play, frustration can be fatal for a game.

“When you buy a game, if there's a friction at the beginning but you spent $60, you're going to try and figure it out,” she reasons.

“You're already engaged and committed. In free-to-play, that sort of frustration can be fatal for the game.

“It becomes really crucial to understand the mechanisms behind what makes people frustrated with an interface and what makes them engage with an experience.”

This is the message that Hodent wants to communicate with her new book, The Gamer's Brain: How Neuroscience and UX Can Impact Video Game Design, which draws on both her academic background and experience as a UX professional.

Inspired by the apparent dearth of UX guidelines on the market, hers is set to be the first book specifically about user experience in games.

“There's not a lot of UX strategy in general because it's so new, so it also helped me with my thought process,” she adds.

But while the neuroscience aspect may sound intimidating, she is keen to emphasise that its essence is quite simple.

“It's not actually the neurology behind these behaviours that we really need to understand,” she says. “For what we do, it's not really important.

“What I'm using is cognitive science, cognitive psychology, human factors. The scientific method is really what's important: having a hypothesis, testing it and making conclusions based on the data.

“Not designing for yourself, but designing for others. As soon as you get that mindset, it really helps you to think about problems in different ways.”

The Gamer's Brain: How Neuroscience and UX Can Impact Video Game Design, published by CRC Press, is out now.