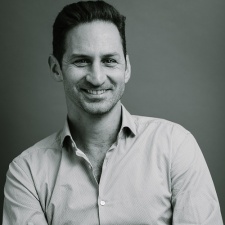 Russian social network VKontakte (VK) has just launched a new Direct Games platform for mobile based on HTML5, and one of the first companies to join in is social casino developer KamaGames.

The developer has built its flagship title, Pokerist, from the ground up for HTML5 and includes all of the game’s usual features, unlike many of the lighter releases from developers on Facebook Instant Games, for example.

The title has already been available on the App Store and Google Play, as well as messenger apps such as Tango and Viber.

But KamaGames is keen to extend its reach even further – and has targeted VK’s 410 million+ users on its new Direct Games platform.

To find out more about the developer’s plans for the platform, why it’s got on board with Direct Games so early and the company’s general strategy, we spoke to KamaGames Chief Marketing & Commercial Officer Daniel Kashti.

PocketGamer.biz: What attracted you to the VK Direct Games platform?

Daniel Kashti: KamaGames has been working on its HTML5 version of Pokerist since early 2017. We have been building the game from the ground up and experimenting with the technology and the different platforms to try and bring the best of our portfolio onto the messaging and web-based distribution platforms.

VK is an exciting and extremely popular social network in the CIS region with a particularly strong dominance of the Russia market. It comes as no surprise that the platform hosts some of the most engaged players in the world.

Given Pokerist’s extensive and highly engaged user-base in the region, and VK's vision for their platform and the monetisation functionalities that it offers, it made an excellent fit for KamaGames’ new HTML5 release.

Will Pokerist on the Direct Games platform differ in any way to other versions?

The core Pokerist experience that our players have come to expect is obviously at the heart of the game. Players have access to our flagship game Pokerist and we have added lobbies, tournaments, quests, achievements and bonuses in the same way as in our core game whilst also adding leaderboards and the ability to use all the social & viral features of VK’s platform.

What are the benefits of building the game for HTML5?

Ultimately, as the games are developed in HTML5, they can be played on a range of devices without the need for the player to download or to update an app creating a frictionless playing experience.

Specifically, this would be appealing in regions and for demographics that are more sensitive to file size and the space it takes on their device.

It also opens the door to new distribution platforms too, specifically messaging platforms, which are perfectly designed for multiplayer and real-time gaming.

With the likes of VK and Facebook now offering new gaming experiences in HTML5 across devices, how big an opportunity is there for developers on these social networks?

Obviously the audience is there. At the end of the day, the size of the opportunity depends on two key factors; the first is the developer’s ability to build a strong gaming proposition to fit the differing nature of these platforms and the user's state of mind while using them as either a sync or a none-sync (turn-based) experience.

The second factor is the way the platforms themselves will develop which includes the ability for developers to monetise the users too.

What is driving this strategy of bringing games to various social networking and messaging apps?

Social casino gaming is a growing yet maturing industry. One of the things the industry will be doing more of will be to bring the games further into the mainstream which will essentially make them more enjoyable and more accessible to wider audiences.

Social casino gaming is a growing yet maturing industry. One of the things the industry will be doing more of will be to bring the games further into the mainstream.

Some of the trends we are seeing, and will continue to see in the near future, are the incorporation of more skill-based mechanics, the introduction of more meta games, further development of loyalty programs and streamlining the playing experience.

The game of Poker is built on a multiplayer real-time gaming experience. Social interaction and the ability to engage with other players is at the heart of the experience. This makes messaging services a perfect fit for the game.

Can you share any stats that reflect the growth of KamaGames and titles like Pokerist over the last year?

Over the past 12 months we have added games like 3D BlackJack, Baccarat and Omaha to our portfolio, and have built all of our games into a single app making it even faster and simpler for players to cross-play, carrying their friends’ lists, achievements and chip balances across all games.

We have also spent time further boosting our multiplayer tournament offering too and will be shortly announcing a new tournament format for Roulettist which we expect to be well received by our players.

Finally, we’ve launched successful partnerships with Viber & PokerNight in America in order to reach a select target audience with our range of products.

These, alongside deepening the social features in the app such as rebuilding players' profile pages and constant improvements to our promo cycles have reflected in our numbers.

Our retention and monetisation KPIs are showing strong growth. For example, we have seen a >40% growth in financial metrics in 2016, and expect an even strong growth by the end of 2017.

This year we have shifted some of our focus to concentrate on growing our network of players which has resulted in nearly a 50% growth in DAU since the beginning of 2017.