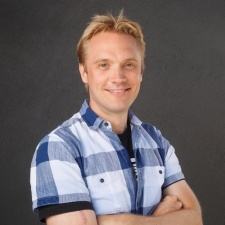 Back in 2014, as Super Evil Megacorp edged mobile MOBA Vainglory closer to its initial release, mobile eSports was a largely unproven entity.

At the time Hearthstone was still building the momentum needed for it to be played seriously as an eSport, rather than simply a popular competitive game, and Clash Royale was a long way from release.

Unafraid to take the path yet trodden, the Super Evil Megacorp team, formed from former members of Blizzard, Rockstar, Playfish and others, began work on Vainglory motivated by a sense that there was a competitive advantage in pushing competitive gameplay.

Three years later that game continues to define what mobile eSports is, and the company just completed the Vainglory Summer Season Championship this weekend in which players vied for a spot at the World Championship.

Fueling its ambitions, the studio recently attracted an additional $19 million in funding from its investors, meaning the Megacorp has more to put into its flagship game, in-development titles and the proprietary E.V.I.L engine.

Investment and conviction in potential alone don't make for a mobile eSports hit, however. To build a title primed for eSports dominance, Super Evil Megacorp started with a golden rule of game design that long predates the dawn of mobile.

They needed to make a good game; not a 'good game for eSports', or a good gameplay for monetisation. Rather, Vainglory was first conceived as a game that was entertaining and rewarding in its own right, when played within or outside the sphere of eSports.

"Vainglory is first and foremost a beautiful game for gamers who are looking for a deep, immersive experience with strategic and tactical choice. Vainglory is all about how you feel when you out-think and out-play the opponent," offers Super Evil Megacorp CEO Kristian Segerstrale, looking to convey a sense of what is at the core of why the MOBA thrives.

The feeling of great gameplay is key, be that at the beginner or professional level.

"For example, when you set an ambush together with your team and catch the opponents off guard, and annihilate them as a result. The feeling of great gameplay is key, be that at the beginner or professional level."

Delivering that feeling is what Segerstrale and his colleagues focused on. They weren't quite designing for eSports in 2014. Rather, they were shaping what they believed to be a quality game where competition inspired meaningful experiences for the players.

That was their base concept, rather than some perfect formula for designing what would emerge as an eSport giant. Indeed, it even took a little player feedback to help push Vainglory towards the realm of true competitive gaming.

"Early on, it turned out that our community demanded that we support a way for them to play competitively," Segerstrale continues. "We listened and built a spectator mode almost immediately, and the competitive scene really took off from there."

"Took off" might be an understatement. With over a billion matches played, 3,000 player teams signed up, and a roll call of the biggest eSports franchises on board, Vainglory is booming at live competitions across the world. And Super Evil Megacorp is learning that evolving in tandem with mobile eSports can provide great insights where perfect game design more generally is concerend.

"Competitive is a great litmus test for the overall balancing of the game," Segerstrale states, continuing to plot out what makes the design of a mobile eSports game worth its salt.

"If competitive players playing for huge prize pools can’t systematically break the game’s balance, nobody can. We’re very proud that during our most recent competitive split, every single one of our heroes were played, which speaks to the balance of the game. It also helps us evolve balance to a place where the game is as entertaining and explosive as possible, while maintaining deep strategy and tactics."

And with the likes of Supercell – and now GungHo – moving on mobile eSports, Super Evil Megacorp is confident the boom in popularity can evolve to the point where PC becomes the less significant focal point for organised competitive gaming, even if that optimistic outlook is tempered with caution.

"If you look at the sheer volume of mobile devices – three billion – versus 700 million gaming PCs, mobile has the potential to outgrow PC-based eSports," asserts Segerstrale.

If competitive players playing for huge prize pools can’t systematically break the game’s balance, nobody can.

"But all cultural shifts take a long time. ESports on PC took more than a decade to break into mainstream awareness. We would expect mobile eSports to also take time. The good news is that we already see millions of engaged fans who love the experience, so we are off to a great start. It still requires us to work hard every day to make a slightly better play and viewing experience."

That effort is absolutely underway at the expanding Super Evil Megacorp team, and there's something of a focus internally on the opportunity the emergence of 'bridge' devices that fall somewhere between mobile and PC bring to the market.

"We want to be where the players are," Segerstrale muses. "When a hardware-maker creates a new innovative platform that allows for beautiful gameplay with precise controls, we’re always interested to see if we can support a good experience on that platform.

"We recently added support for the Samsung DeX Station for example: allowing players to use mouse and keyboard to play while they’ve docked their mobile phone to use it as an Android workstation.

"Samsung DeX is a great experience for people who want to replace their laptop with just their phone. We don’t know if these types of platforms will become popular, but we are a tech company as well as a game studio, and we love to be able to be the first to support new technologies. We did so with Apple’s Metal API and with Samsung’s Vulkan graphics API."

For Super Evil Megacorp – it turns out – mobile is not the be-all and end-all of its eSports effort. Rather, to pursue eSports greatness, the studio works to take competitive games to where the players are, wherever that might be in the future.

"New platforms are part of what excites us, and the reason Vainglory is made for mobile is because we think that’s the platform with the most potential. On average, people spend over three hours a day on their phones, mostly without deep and immersive next-generation games to entertain them.

"We want to bridge that gap and bring games that people want play to the platform they are already on."

Want to learn more about eSports? Check out the eSports Academy tracks at Pocket Gamer Connects Helsinki on September 19th to 20th.