"It's gone up a whole new level": SpecialEffect on its most significant One Special Day yet 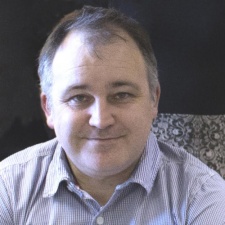 On Friday September 29th, over 30 mobile developers across the globe will be donating 100% of their UK revenues from certain games to SpecialEffect as part of its One Special Day event.

There are some huge names involved too – Supercell, Rovio, EA, Jam City, Space Ape, Zynga, Glu, Seriously and more are offering up their support on the day.

But it's not just big names chipping in, community-run "Gamerbakes" will run throughout the day too.

SpecialEffect's aim is fairly straightforward – it wants to help gamers with disabilities continue to play the latest releases through the use of specialised technology and controllers to suit each players' needs.

The charity is no stranger to raising money, but this year has taken off thanks to the involvement of Best Fiends developer Seriously.

"Last September we had brilliant One Special Day support from the likes of First Touch Games and New Star Games, both of who are kindly supporting us again. But by working with the team at Seriously to reach out to mobile developers worldwide, the level of support we're receiving is simply incredible.

"The whole community have our heartfelt thanks for the tremendous generosity they're showing us."

Seriously has taken part in charity events before, including Apple's (RED) Campaign, in which money from from (RED)-themed packs went directly to charity to raise money to eradicate AIDS.

By working with the team at Seriously to reach out to mobile developers worldwide, the level of support we're receiving is simply incredible.

That campaign saw millions of players get involved. Seriously saw six million sessions of (RED)-related content played during the campaign with 1.5 million hours clocked across both its Best Fiends games. 500,000 players also finished a Red Heart Challenge in the original Best Fiends game.

It gives an idea of the scale that could be achieved during One Special Day.

"We've been lucky to work with SpecialEffect in the past, and continue to be blown away by the incredible work the team does, helping everyone be able to experience the joy of gaming," says Seriously CEO and co-founder Andrew Stalbow.

"We're fortunate to be part of a thriving industry of mobile developers, and we've had fun working to find other enthusiastic companies to support One Special Day, alongside us."

Streeter says the welcome boost in funding will be vital for SpecialEffect's aims, as requests from severely disabled people to help them are growing every day.

"We're also hoping that awareness of our work and the positive impact of games for people with disabilities will be highlighted as a result of mobile developers from across the globe talking about us to their communities," he says.

Not just a boost though, Streeter believes this year's One Special Day event could be a "genuine game-changer" for the charity, in terms of unifying SpecialEffect and the industry to help more gamers with disabilities.

"The experience we've gained through our highly-specialised support work with individuals puts us in an excellent position to collaborate with developers all over the world, with the aim of making their hardware and software accessible to as many people as possible," he says.

We welcome support of any size, from Gamerbakes to game revenue.

One Special Day looks to be a significant event, this year more than ever. But SpecialEffect won't be stopping once it's over, there's still plenty of work to do and it's always looking for more support.

"We welcome support of any size, from Gamerbakes to game revenue. Just get in touch via our website, or give me a call," says Streeter.

"We also have a range of our own fantastic events like football tournaments, celebrity dinners, car rallies, 10ks and marathons, all with a history of industry engagement and all great fun."

If you want to learn any more about One Special Day or SpecialEffect's work, check out the charity's website.