Perforce's Hansoft acquisition: What does the technological coming together mean for mobile devs? 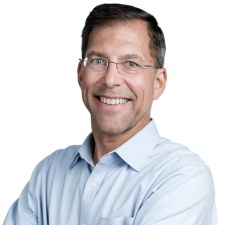 That's not to say speculation about the acquisition was palpable; not at all. Rather, the two firms' offerings have always played as much of a compliment to each other as a competitor.

"It is the perfect combination of planning and development, and the number of common game development customers is evidence of the combined value."

Equally, Russell believes, there is something at a company culture level that makes Perforce and Hansoft ideal technological bedfellows.

"[The] Perforce and Hansoft teams share a passion for enabling technology development teams to do their best work whether it be developing the next hit game, the next breakthrough medical device, software for autonomous driving automobiles or the next online banking application," he asserts.

Those nods to realms like triple-A and medical technology, of course, may make some ponder why this new company pairing matters to mobile developers.

It is the perfect combination of planning and development.

Firstly, with the shifting notion that is triple-A now very much something that can exist on mobile and tablets devices, most tools, services and solutions for PC and console developers are more relevant to smartphones than ever before.

More to the point, though, is that in acquiring Hansoft, Perforce arguably has more to offer mobile studios than previously.

"The Hansoft portfolio benefits technology developers in multiple industries by enabling product and project managers to capture and organise the feature backlog for a portfolio or a single project and use the backlog to manage the development process," Russell says, making it clear that mobile is one of those sectors.

"The result is more predictable delivery of new releases aligned with the concepts, ideas and requirements originally conceived for the product. Likewise, the Perforce Helix platform organises the creation process across coders, visual artists and sound engineers as applicable to the product and portfolio being developed."

And with mobile teams getting ever bigger, and project complexity growing at a similar rate, that means the combined might of Perforce and Hansoft might soon be a stalwart of mobile production pipelines.

While many well know the pragmatic reality that inspires adopting dev-ops, version management and agile planning in mobile development, some, however, may want to know what this actually means for the games made utilising the offering.

"Game developers drive to release new titles at strategic times aligned with holidays and related media releases like movies," Russell states, highlighting the seasonal release and update process that has become fundamental to the success of some of the world's most profitable mobile titles.

"Hansoft enables mid-to-large scale game developers to organise the efforts of multiple studios to accelerate time to market, increase innovation and improve quality. The planning and project management elements of game development are critical for large studios to realise the turnover potential for new titles.

"Combining the planning strengths of Hansoft with the development and continuous integration performance of Helix provides game developers a powerful set of tools that are the foundation for delivering the next big hit."

Perforce itself was motivated to acquire Hansoft for a number of reasons, but the most explicit was a desire to bolster the Helix platform with agile development methodologies.

Hansoft was a Perforce customer, which makes it a great fit for a combined portfolio.

That, says Russell, provides a significant boon to what Helix offers as a tool for addressing what medium and large-sized enterprises are facing as they transition to modern development workflows and automated continuous integration pipelines.

As for how Perforce customers will access Hansoft's tools, not a great deal will need to be changed.

"The Hansoft Enterprise Agile Planning portfolio will continue to be offered in the same configurations," Russell explains.

"Hansoft is already integrated with the Perforce Helix platform and, in fact, Hansoft was a Perforce customer, which makes it a great fit for a combined portfolio."

That Hansoft was already a customer of Perforce – and that integrations already existed – only serves to hammer home the point. Those that believe in fate might be forgiven for thinking this particular acquisition was written in the stars. For Perforce though, it was nothing to do with leaving it to chance.

Hansoft spins off collaborative planning tool Favro as its own company