The power of Amp Field 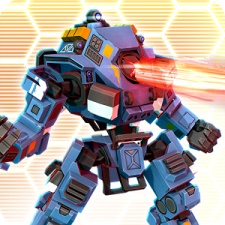 “You learn lots of things during soft launch, and when you launch, you start learning all over again,” says CEO Larry Pacey.

As with most F2P mobile games, the studio’s key focus has been ensuring the card-based strategy game’s onboarding process is as smooth as possible.

“We continue to look at onboarding, but what’s also been interesting is how some of our elder players weren’t using the full range of cards available to them,” he reveals.

Finding a good balance between a game’s simple starting experiences and the point at which deeper complexity is introduced is one of the hardest challenges for mobile developers.

The mass availability provided by app stores means a tutorial needs to embrace a wide spectrum of expertise while long-term retention - and the hope of decent monetisation - requires players to be challenged in interesting ways.

Given its genesis as a mobile title based in the Titanfall universe of Respawn’s competitive console shooter, Titanfall: Assault doesn’t lack for challenge, of course.

While the card collection metagame ensures players have plenty to do in terms of unlocking and levelling up their troops, pilots and titans, it’s the head-to-head PVP battles where dominant tactics and skills are displayed.

You learn lots of things during soft launch, and when you launch, you start learning all over again.

Deploying their troops across a tight map, players gain victory either by racking up 100 points accumulated through time-controlling hardpoint locations, or by destroying their opponent’s heavily-defended base.

Getting a better balance between these two win conditions was Particle City’s second big issue.

“Some people were just playing the hardpoint game,” says Pacey. “We needed them to change their tactics.”

Using it supercharges all friendly troops within range, making it easier for players to take down the turret protecting their enemy’s base, and hence encouraging them to do more than play for hardpoints.

“We already had the card in development, but we wanted to highlight it, so we promoted it in its own in-game event,” explains Kimberly Moreland, Titanfall: Assault’s Production Director.

“We were really happy to see it generated strong engagement.”

More generally, overcoming inherent player inertia is something Particle City will be targeting in future updates and events as it looks to build on a decent start in terms of downloads, albeit one that hasn’t yet impacted the top grossing charts.

“People find a squad they’re happy playing with and then they have reservations about swapping in new cards,” adds Moreland.

Sometimes, however, developers have to accept players have a better grasp of how game systems should work.

One example is how safety nets have been added to Titanfall: Assault’s ranking system. Thanks to keenly felt loss aversion, players no longer lose trophies in the lowest Bronze rank and can’t drop out of the higher ranks.

As for the future, that’s all about listening to the community and maintaining balance between what Moreland calls ‘mass appeal features’ and deepening the competitive nature of the game.

Thematic content for Halloween and the holiday season are a-given, while the next big feature update, which provides more tools for guilds, will be released at the end of October.

No doubt, this too will come with its own set of feedback but Larry Pacey remains excited about the road ahead.

“From the get-go, Titanfall: Assault has been about bringing players together in a competitive space and that has tremendous global appeal,” he enthuses.

Keeping them engaged and excited as it builds out that competitive environment will be Particle City’s next challenge.

Titanfall: Frontline to be shut down after just four months in soft launch