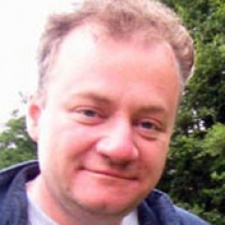 The release of ARKit as part of iOS 11 has opened up an entirely new opportunity for developers and, as ever, game developers have been quickest to take advantage.

Significantly, smaller studios have been most enthusiastic and one such is UK veteran coder Glenn Corpes.

No stranger to mobile development - he’s released games ranging from racer Ground Effect to world builder Topia - he says he always been interested in vision technologies.

“I’ve been fascinated by VR. In fact, I added support for three different VR headsets to Bullfrog’s Magic Carpet back in 1995,” he recalls.

Things have clearly moved on since but when ARkit became available in July, Glenn started tinkering, learning the Swift programming language as part of the process.

“I moved a few virtual vases around, and then started theorising about what AR could be used for beyond placing objects,” he says.

Teaming up with his son Jack, a recent animation graduate, the pair began work on an air hockey game where the player’s bat was at the centre of the screen.

However, it quickly became clear this idea had serious problems in terms of matching control and camera movement. The concept morphed into what eventually became futuristic collect-and-avoid arcade game powARdup.

“While most of the current AR puzzle games - pets and portals - are amazing, we really wanted to try something a little different by uniting AR with the arcade genre,” explains Jack.

As is the case with many vision-based games, fine-tuning the controls, which involve a large cursor, or focus point, and visible trail, wasn’t easy.

We wanted to try something a little different by uniting AR with the arcade genre.

“We discovered it had to be very responsive to ensure it wasn’t offscreen half the time for a skilled player, while a little less twitchy to not scare people off,” says Glenn.

Jack adds: “Admittedly we fell into the trap of playing our own game too much and for a while the controls were much more intense. In the end we had to tone it down though because it was way too hard for beginners to get the hang of."

More problematically, some people assume the game is tilt controlled.

“We need to do more and will be adding a tutorial with a ‘rubber band’ between the ship and the focus point to illustrate the point further,” he explains.

Indeed, while powARdup has been out for a couple weeks, gaining a very positive reaction “from those who get the control system”, there is plenty more work ongoing to improve the experience.

“The game was designed for the floor in front of you, which is probably the best scale to play at, but it isn’t very friendly to the player. The latest update allows it to be rescaled with a pinch,” says Glenn.

This enables the game to scale from being played within the laptop’s trackpad to a 1:1 scale that has your craft the size of a car.

The Corpes’ initial inspiration hasn’t been totally set aside either.

“We really want to do that AiR hockey game in multiplayer, which will mean some way of syncing the AR world between players,” Glenn muses. “It’s going to be interesting.”

You can download powARdup from the Apple App Store for free.