A chat with Wilhelm Taht 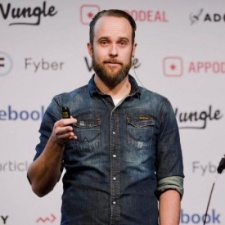 The company went public off the back of the recent successes of games like Angry Birds 2, as well as its hot new launches like Battle Bay, Angry Birds Evolution and Angry Birds Match.

It's an exciting future ahead for the Finnish developer. Before the IPO, we caught up with Rovio's EVP of Games Wilhelm Taht, who was a speaker at PG Connects Helsinki.

App2Top: You've previously mentioned that the years from 2014 to 2015 were “challenging years” company. Has the situation changed?

Wihelm Taht: We’re blocking and tackling... in all seriousness, the feeling is great and the growth is very strong.

What helped to overcome that challenging time?

A focused strategy and operational approach on the current top games on the market, while actively working on improving the company culture.

How would you characterise the direction or strategy that Rovio follows these days? Could you describe it please?

Rovio is a games first entertainment company, meaning that our games and the games business are at the very center of our strategy.

Some of your projects were developed by third-parties. Do you still follow this strategy?

Some of our top games are developed in partnership with talented studios across the globe. We are currently operating those games on the market in partnership with those studios, so yes. In terms of future prospects, the role of external development in portfolio strategy has diminished in importance.

Of our top games, Angry Birds 2, Angry Birds Friends and Battle Bay are all fully internally produced and developed.

Would I be correct in saying you're now more careful with launching new projects rather than you were two to three years ago?

Almost correct. The decisions regarding the launch of new projects and guidelines surrounding those are all strategically developed and part of games’ strategy.

All games we now release are destined for long-term live operations, growth and paid UA at scale.

All games we now release are destined for long-term live operations, growth and paid user acquisition at scale.

What metrics should a project show to avoid being shut down after its soft launch? And what state should it be in before its launch worldwide? Or is the fate of a project not decided by business metrics alone?

I think the answer to the previous question basically summaries it. We’re very focused on launching only the best of the best, the ones that are destined for growth.

The unique thing about Angry Birds 2 is that it didn’t become profitable right away and it’s been adjusted after its release. How long did it take for the project to break even and to generate profit?

I cannot comment on the specifics of the games profitability. However, the game is doing very well at the moment and we believe it has its best days still ahead of it.

Recently Rovio launched Angry Birds Evolution with a more mature setting. Why did you decide to do that?

We have publicly stated already some time ago that we are focusing on ageing up the game's audience. Angry Birds Evolution is a clear showcase of what that means in concrete product terms.

Did this approach prove to be a good idea?

So far so good. The game is off to a great start.

Another large release this year is Battle Bay. I see the game as an attempt to enter the territory of Wargaming and Pixonic. To what extent was it harder than working in your traditional casual direction?

Indeed the game diverts from what Rovio has been releasing over the past few years. The development took its own time and we spent a bit over a year in soft launch.

As it’s our first endeavour into real-time team versus team gameplay, we couldn’t expect to get everything pixel perfect from the very start. We took time to hone it and make the necessary changes over the soft launch period.

What's the average budget of Rovio game?
The budgets depend on scope of the project. I cannot comment further than that..

Rovio’s game division has stated the revenue of €56.6 million for Q1 2017. What are IAP and ad revenue shares? Do those shares differ from game to game?

The share naturally differs from game to game. At the moment about 85% is IAP and 15% ads on a business unit level.