We speak to Zaibatsu Interactive, who took away the third place prize at The Very Big Indie Pitch at Pocket Gamer Connects Helsinki 2017 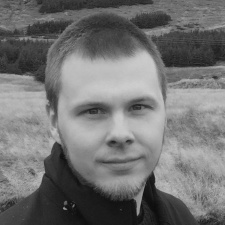 Today, we're speaking to Jussi Perttola from Zaibatsu Interactive, who submited Zombiefall to The Very Big Indie Pitch at Pocket Gamer Connects Helsinki 2017 and walked away with the prize for third place.

Jussi Perttola: Zaibatsu Interactive is a team of 10 ambitious developers focused on bringing console quality gaming experiences to mobile platforms. We're all enthusiastic gamers and we set the bar high by comparing our work to the very best games we’ve played.

I personally enjoy games that stir strong emotions in the player. I’ve always been a big fan of Metal Gear series but lately I’ve played more spectacular indie games like Rogue Legacy, Does Not Commute and Papers, Please.

I wrote my first text adventure game in BASIC at the age of 10 but it took me years to understand I could actually make a career out of game development. Since we founded our company in 2014 I've never looked back.

Zombiefall is a game where Crossy Road meets Dawn of the Dead in a Saturday morning cartoon. You drop a zombie into a crowded shopping mall and make all the innocent people join your brain-eating horde of rotten corpses. To put it short Zombiefall is a mobile free-to-play endless faller where you literally drop dead.

While it can be hard it's by no means impossible. I think many indies fail because they put all their effort into developing a single game while they should in fact build a games company. If the game then fails it’s usually game over for the company.

To turn the odds into our favour we’ve built two teams. One team is developing our own games while the other team is dedicated to subcontracting and keeping the company running. We’re lucky to have very talented developers who are comfortable with a wide range of technologies. That makes it easy for us to offer app and game development services for other companies.

This was actually the third time I took part in the Big Indie Pitch and I have to say I really enjoy the format. The pace is very fast so your pitch has to be solid and you need to be sharp right from the start. The best thing is that once you get the judges excited it’s all about the game.

Zombiefall is as easy to pitch as it is to just pick up and start playing. During the four minute pitch the judges finished multiple rounds and some of them even started to compete with one another to reach the highest score. It was great to see the judges laughing and genuinely enjoying our little game so much.

Besides improving my pitching skills I got to see how people feel about our game the first time they play it and that is very important for any developer. We’ve already improved many features based on the feedback and how we saw the judges and many other people play Zombiefall during the conference.

Last but not least placing 3rd in the competition actually got us quite a few offers from potential publishers. This was definitely the most valuable result for us from PGC and we’re looking to announce big news soon.

At this point we’re fully focused on Zombiefall and preparing it for soft launch. Our goal is to overrun the casual mobile space with our brain-eating ragdoll zombies in the not too distant future. However we also have great plans for our previous title Elder Goo which is yet to be released worldwide.