King VP of game design Stephen Jarrett on the Kingfomarket, diverse teams and how company execs get involved in real game design 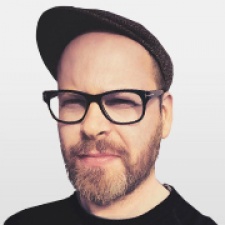 Thanks to hit game IP like the Candy Crush Saga, Farm Heroes Saga and Bubble Witch Saga series’, King has become one of the biggest mobile games companies around.

It employs thousands of staff and in recent years is part of Activision’s large network of studios and publishing operations.

As companies grow, it some respects it can be difficult to foster a nimble, creative culture that is crucial to spur on new ideas in the fast-moving mobile market.

It’s why Supercell, though now employing hundreds of staff, keeps its teams small and gives them the responsibility for the game’s direction (based on a very high bar for success, mind).

At the White Nights Conference in Prague, King VP of game design Stephen Jarrett is set to talk about King’s own unique culture, activities and processes, and how it helps inspire the company’s games designers to create great designs.

Ahead of the talk, Jarrett offers us a sneak peek at what he’ll be talking about and highlights one of his favourite team activities at King.

Every senior creative works in a development team, even our chief creative officer.

“Every year we hold a two day Kingfomarket,” he says.

“This is where everyone globally comes together in one location and everyone has an opportunity to participate in different workshops where you can learn about what’s going on around the business.

“I have the pleasure of creating and running the game design craft day. Last year we had the creators of Overwatch talking about their design decisions and character creation process, and then all the designers took part in a fun event called MasterDesigner. This is where designers were placed in teams, got a recipe of mechanics and then were tasked with creating a game pitch.”

Outside of these special events, Jarrett says the company strides to make King a “fun and friendly” place to be, whilst ensuring everyone in a team is what he terms a “creative champion”.

This means allowing all team members to have a voice in the direction and design of a game, whether they have ideas for mechanics, live events or characters.

As a result, he says, everyone “feels invested in making the best games they can make”.

“Also, something I feel that is truly unique at King, is that every senior creative works in a development team, even our chief creative officer,” says Jarrett.

“We are also very diverse - the last team I worked on had 17 different nationalities in it. This diversity really helped us design something truly unique.”

Perhaps surprisingly for a large company like King, Jarrett says the publisher takes ideas for brand new games pitches from staff. This is perhaps shown by the flurry of midcore titles that King has soft-launched over the past year as it looks to break into new genres

For this process of pitching, any member of staff that has an idea and can find others that want to make it - and also importantly it fits within their studio’s strategy - the team is then asked to create a prototype to prove their idea, with the potential to take things further thereafter.

“To help the team develop the prototype, we have senior creatives across King giving support,” says Jarrett.

Jarrett will be speaking more about King’s game design culture at the White Nights Conference in Prague on February 13th in a talk entitled ‘How to inspire great game design’.