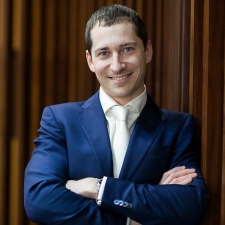 Social casino games developer KamaGames is the latest company to get on Facebook's Instant Games platform for Messenger.

The company had already previously developed a HTML5 version of its flagship title Pokerist: Texas Holdem Poker for the VK platform. Now it has its sights set on one of the biggest social networks in the world by bringing that title over Instant Games.

Pokerist has racked up 95 million users to date, and the Facebook launch offers the opportunity to tap into Messenger's two billion-plus userbase, of which over 1.3 billion are active on a monthly basis.

"Facebook, as a whole, is the largest platform in the world with an unprecedented reach," KamaGames MD Andrey Kuznetsov tells PocketGamer.biz of why the company brought Pokerist to Instant Games.

"There are over two billion Facebook Messenger users and that number is only going to grow. It is very important for us to have our main product, Pokerist, available on Facebook Instant Games, as well as everywhere else. We also have our sights set on becoming the first online full-featured social poker operator on the platform."

KamaGames is bringing the full version of Pokerist to Instant Games. It'll also let players engage with Pokerist's 400,000 daily active users that play across a variety of platforms, with access to features like tournaments, achievements, daily quests, daily bonuses and leaderboards.

We have our sights set on becoming the first online full-featured social poker operator on the platform.

Kuznetsov feels there is a lot of potential for poker games like Pokerist on Instant Games, particularly given its inherently social nature.

"One of the key aspects here is the social element, the immediate circle of those you play with. Instant games provides us with many unique instruments for social interaction and virality. This is why we believe that poker is one of the games with the strongest potential on the platform."

With Facebook now experimenting with monetisation, Kuznetsov believes Instant Games has the potential to become a significant platform for the company.

"We always try to work ahead of the curve and of the trends," he says.

"Facebook already announced various monetisation options through ads and direct (in-app) purchases. We believe that this platform will continue growing and developing further, and we’d like to be a part of that.

"Let’s also not forget that as a company, we already have experience in launching an HTML5 client on the VK platform, which already has in-app purchases and so we are benefiting from a number of key learnings already."