Muse Games' Howard Tsao on why it remastered CreaVures as a completely free game, with the option to donate to Unicef 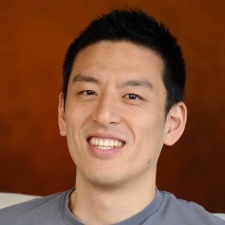 At the end of January independent developer Muse Games, most famous for the Guns of Icarus series,  launched a new version its five-year old mobile title CreaVures.

Originally published by EA Chillingo, last year the studio got back the rights for the title. Initially considering leaving it to the “dustbin of mobile games history”, following 2017’s Atlantic hurricane season that wreaked widespread devastation claiming hundreds of lives, Muse Games decided it wanted to do something to help.

CreaVures itself touches on themes of conservation and perseverance. The title tasks players with controlling five mythical creatures, the CreaVures, to solve platforming puzzles as they journey to save their homeland and restore light to their dying forest.

With the team at Muse Games inspired by relief efforts, and the team itself having person experience of living through Hurricane Sandy in New York, it decided this time to self-publish the title on iOS and make it completely free - meaning no upfront cost, ads or in-app purchases.

Users can still spend in the game though - by donating to global charity Unicef, which works for children in danger around the world, through a link in the game. No content is dependent on making such charitable donations, Muse Games simply encourages players to support the charity.

Speaking to PocketGamer.biz, Muse Games CEO Howard Tsao tells us why the team decided to support such a worthy cause with CreaVures.

"We created CreaVures with the spirit of conservation,” he says.

“A lot of the imageries in the game came from real life photos we took while diving or trekking through rainforests. The bioluminescence of several scenes in particular came from night kayaking in the Laguna Grande in the Las Cabezas Nature Reserve, Puerto Rico.

“In the aftermath of the hurricanes devastating the Caribbean and Puerto Rico, we wanted to dedicate the re-release of CreaVures to help in any way we can. The idea is to let people just enjoy the game, free of concern for monetisation.

“And through the experience of the game encourage people to volunteer however they can.

Tsao adds that the question of monetising is “always this ongoing battle I wage in my mind”, as he feels the team can do more to make a meaningful impact through its games.

“On the one hand, we are an indie studio, and we need to make enough money to sustain our creative efforts and be viable,” explains Tsao .

“Yet we're constantly struggling with whether we could do more and have a more meaningful impact through games. I think a lot of indie developers are trying to do the same. With CreaVures, it is a small way to do more and something we can take pride in."

You can find CreaVures on the App Store.