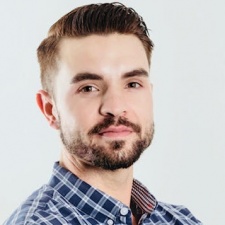 It is often the simplest ideas that have the greatest impact.

One of the biggest mobile gaming stories in 2018 so far is the rise of HQ Trivia, an interactive quiz show that broadcasts on mobile twice daily during the week and awards its winners real cash prizes.

Launched at the tail-end of 2017 by Intermedia Labs, a start-up from the founders of Vine, HQ Trivia hit its current peak of 1.9 million concurrent viewers on February 4th 2018.

But the trend it's created is bigger than a single app, with competitors now beginning to build their own audiences. One recent example is The Genius Quiz, which after only two months of public beta is averaging around 5,000 players per game.

Another popular alternative is QuizBiz, which has been attracting attention for its large prizes since launching in December 2017.

The business of quizzing

But as well as the size of its prizes, something else sets QuizBiz apart. Unlike its competitors, which are based around dedicated apps, QuizBiz is instead hosted within the live broadcast app Live.me.

"All of us in the office were big fans of HQ Trivia,” QuizBiz producer Michael Langford tells PocketGamer.biz.

“Live.me's always had interactive features that work well with an audience and we'd wanted to do a poll feature for a while, so when HQ launched we thought 'you know what, let's really try to push this'."

The speed at which it took off in China is crazy.

The LA office moved things forward on the game by showing Live.me's Beijing-based development team the engagement figures for HQ Trivia – a move that he feels has contributed to the format's meteoric rise in both East and West.

"They totally got it, and so pushed to get that functionality added really quickly,” he says. “Once we did it and launched in China, there was a whirlwind of other Chinese competitors doing the same thing.

“Now there are tonnes and tons of trivia apps in China. It's huge there, and the speed at which it took off is crazy.

“When we launched in December, I believe there was one other app called The Q that was doing a similar thing [in China],” he goes on. “Now there are up to five or six in the US that I've seen, but in China there are dozens and dozens."

So what's the reason for this insatiable appetite for live trivia?

"Besides the chance to earn money, which I think at the forefront is a big reason that people are coming to it in such droves, trivia in general has been popular for years and years,” Langford considers.

“There was Trivia Crack, which was huge for such a long time and I think is still around, and audience members just love that kind of content.

"We thought, since we had such experience with live broadcasting, we could really do something similar, if not bigger, if not better."

Live.me itself is a live broadcast video platform that first launched in April 2016. It contains its own in-app economy, whereby broadcasters and viewers can gift each other virtual currency – viewers to reward good content, broadcasters to show appreciation or to encourage engagement.

Live.me also owns the short video platform Cheez, designed to fill the gap in the market left by Vine, on which QuizBiz is simultaneously broadcast.

Live.me was already producing its own content in-house, with two weekly shows, and the intention was for QuizBiz to bring in a new audience.

"That was always the goal: that users new to Live.me, who hadn't heard of it before, would come in to play QuizBiz and hopefully stay a while and see the rest of what we have to offer," explains Langford.

The steadily rising prize offerings have obviously played a big role in sweetening that honey pot, increasing from $1,000 for a standard weekday QuizBiz show at the outset to $10,000 on weekdays and $50,000 on weekends.

It's something Langford certainly isn't shying away from, admitting that; "I think that's what setting us apart right now: how much we're giving way with each show".

The total prize money awarded to QuizBiz players is on track to hit $1 million this month.

But going forward, Live.me has a more radical vision. Already experimenting with themed shows, the eventual plan is for Live.me to host multiple interactive shows every day.

“We're envisioning multiple shows with multiple formats at all different times throughout the day,” says Langford. “Like a TV network, that's exactly how we envision it. We want to have content on all the time, that users can tune into.”

Long-term, this is how Live.me sees the quiz format evolving – less generalist and more granular, each show tailored to different tastes.

In addition, Langford would also like to give "more power to individual broadcasters, having this functionality developed in a way where our audience members can do their own shows for their fans".

But he's also prepared to face some stiff competition should the space mature as he anticipates.

“I definitely think that some of these big players will get into it,” he predicts. “Or absorb some of the functionality and turn it into something else."

After all, if HQ Trivia, QuizBiz and co continue to rack up such eye-catching numbers, isn't it just a matter of time until the big publishers join the chasing pack?