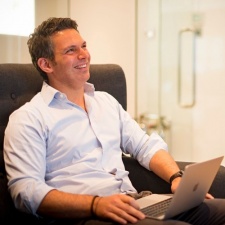 UK games company PlayStack was formed in 2016 to offer what it was calling at the time a different kind of publisher.

While it has published numerous titles since then, including mobile release Snipers vs Thieves, the mobile games market has become increasingly competitive over the years.

Many of the industry’s biggest publishers are now in play and thousands of games are released each month.

Unless you get a viral hit or have a large network of users, getting a game in front of players is a tough - and potentially expensive - proposition for developers.

To combat the difficulties of mobile marketing and ever-increasing user acquisition costs (the latter is something that even big developers like Rovio are having to deal with), PlayStack has launched a new division called PlayIgnite. And it’s currently got a £100 million funding warchest for marketing and UA campaigns.

“We created PlayIgnite because we knew that we would be meeting so many great developers with amazing games to launch, but who just won’t have the funds to spend on UA,” PlayIgnite MD Matt Frenchman tells PocketGamer.biz.

“It’s one thing making a brilliant game, but without a significant level of marketing funding, it will be hard to capitalise on all that hard work. Sadly, banks are really risk averse when it comes to lending to games studios and given we have a rich games culture at the centre of everything we do, we knew we could rectify this.

“One year ago, we set out to find a solution, and have put together a great team, a technology platform and critically £100m of funding, to ensure that we can empower developers to grow.”

PlayIgnite’s main service is Ignition Capital, a metrics-driven marketing loan that gives studios access to funds to spend on UA - “as long as a game is showing a strong potential return on investment”. The company uses its own technology platform to analyse performance and then provide funds accordingly.

It also offers Play Capital, which makes available revenues already earned to spend on UA without the need to wait for the app stores or ad networks to pay. Then there's Play Credits, tax credit refunds made available quickly, which can otherwise take two to four months to process.

These services are available for any developers to partner up with, not just those who have worked with PlayStack for standard publishing or with its other business, the early stagement investment fund called PlayFund.

It’s one thing making a brilliant game, but without a significant level of marketing funding, it will be hard to capitalise on all that hard work.

For Ignition Capital, Frenchman says that the team likes to engage with interested developers early so it can “understand their needs and find the best solution for them”. He still recommends however that developers get in touch at the soft launch phase.

“We can lend to them at any stage after launch,” he says. “But ideally we would start a dialogue just as they go into soft launch when they’re testing the key metrics of their game and building their performance data, so that once they are ready for a global launch, we can provide the finance immediately to spend on marketing.”

Frenchman goes on to explain that once a developer has roughly 45 to 60 days worth of sample data and 5,000 daily active users, PlayIgnite then calculates the ROI of the game.

“This allows us to model out the game’s potential and make an informed lending decision,” he states.

He adds: “Each game must ultimately have an ROI above a certain hurdle rate for us to lend to them, but this varies depending on the game, the LTV and the type of monetisation.

“We will always have a conversation with developers to tailor the product to their needs because we understand that every game is different.”

Not just providing capital for user acquisition, PlayIgnite will work closely with developers on their campaigns. To this end, thanks to being a part of the overall PlayStack business, it can provide access to its staff with experience in product management, UA, data analytics and insights.

In time, we will grow our in-house PlayIgnite UA expertise in order to offer more consultancy.

“Prior to any loan, we want to take a look at the UA plan month-by-month, to make sure it all makes sense, but we give developers the autonomy to allocate the money down the best marketing channels based on their UA testing to date,” says Frenchman.

“In time, we will grow our in-house PlayIgnite UA expertise in order to offer more consultancy, and we are regularly in dialogue with many agencies, experts and software platforms to ensure we have a strong view on how best to approach the vast world of UA.”

When it comes down to the details of its deals with developers, Frenchman says PlayIgnite takes a monthly fee based on the loan amount it provides. This fee varies depending on the site of the loan and the ROI.

“Once a developer shares their data with us, our dashboard gives us all the information we need to evaluate games on a case by case basis,” says Frenchman, adding that it also offers other solutions to studios looking at other ways to structure loans.