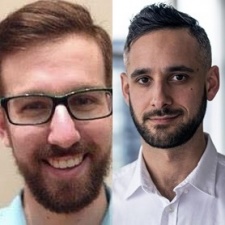 It’s a novel idea as while extreme sports titles have been around since long before the dawn of the dot-com boom, the focus has rarely been on the art of the sport itself.

During the noughties, the extreme sports game genre both formed and benefited from the broader success of Neversoft’s Tony Hawk’s Pro Skater series.

High-scores, combos and pop culture playable-characters, like Star Wars: The Phantom Menace’s villain Darth Maul, played out to various tunes inspired by sticking it to authority figures; from Rage Against The Machine’s Guerrilla Radio to the N.W.A’s Express Yourself.

Inevitably with success came some replication as Neversoft soon became Activision 02 and released games such as Kelly Slater’s Pro Surfer and Shaun Palmer’s Pro Snowboarder while EA Sports also joined in, adding some techno tunes to the mix with the arcadey fun of the SSX series.

An over-crowding of the market was perhaps inevitable and a sign that the genre was perhaps in too deep showed itself when Disney’s own Mickey Mouse and Goofy donned the board to ollie into their own games on the PC and Nintendo GameCube respectively.

With such titles as these fading away over the past eight years, a return to the simplicity and isolation of the mountains proved the best remedy for the tired genre with Alto’s Adventure finding success in the mobile scene after being released in 2015.

“A lot of our inspiration comes from things outside of video games,” Team Alto executive producer Ryan Cash tells PocketGamer.biz.

“We certainly took inspiration from games like Tiny Wings and even Tony Hawk’s Pro Skater with Alto’s Adventure, but I think a lot of our inspiration comes from nature. A lot of us are really into travelling, hiking and that sort of that of stuff, even photography and documentaries like Planet Earth.”

The blend of older games and nature is noticeable. The rush of grinding on objects and going for backflips evoke memoires of older extreme sports titles but the calmer soundtrack manages to slow things down and allow the illustrated backgrounds to pop.

The endless runner also lends itself well to the slow and melodic soundtrack that is used in favour of the hustle and bustle style music of earlier genre games. Which was all according to plan, Team Alto producer Eli Cymet tells us.

“We talk a lot about Alto’s Adventure as the game that was designed to capture a feeling,” Cymet explains.

"We didn’t want it to be a high fidelity experience or a snowboarding simulator by any rights. It was more about capturing the sense of what it feels like to be out on a mountain snowboarding, or out in nature amidst the serenity of your own thoughts.”

But the sense of achievement from such accolades soon faded as pressure ramped up over the next instalment, Alto’s Odyssey. The Canadian-based team began to feel the weight of expectation from fans along with the pressure of following up a title that was financially successful. Not an easy thing to do, particularly on mobile.

“Life happens inbetween making one thing and the next,” says Cymet. “We wanted to bottle, capture and maybe become a little bit at peace with the idea that we had gone so far outside of our comfort zones since making Alto’s Adventure.

“A lot of us had lost bearing on what it felt like to be home. Rather than run from that or let life steamroll us we wanted to think about how we would artistically represent what it feels like to go outside your comfort zone.”

Hooked on a Feeling

when people are making new versions of things they maybe go too far in a new direction, and for us, it was about building on top of what we had made

The desert setting of Alto’s Odyssey would provide the team with the opportunity they were looking for to explore unfamiliar ground. Being based in Ontario, Canada, Cash was particularly fascinated by the sandy landscapes of the province’s Sandbanks Provincial Park, as it was his only real access to something remotely desert-like.

It was something that left him curious to explore the location both in real life and artistically. And so, a blueprint was set for the game to change up the locale to keep things fresh, while building upon the mechanics of Alto’s Adventure to keep things familiar.

“Too often when people are making new versions of things they maybe go too far in a new direction, and for us, it was about building on top of what we had made,” Cash explains.

“We wanted something that still very much felt like an Alto game, but we enhanced things where we could. The biggest challenge for us, I think, was making sure that the game was just as accessible as the first one to someone who hasn’t played an Alto game before, but is also being rewarding and satisfying to players who have beaten the first game.”

The process of creating a game with this kind of balance would prove to be challenging, with Team Alto’s young group forced to push their initial summer 2017 launch date back to February 2018.

Part of the reason for the team’s decision came from their determination not to sacrifice the level of quality they had in mind just to make the deadline.

Updating and upgrading the formula for the sequel with new additions proved tricky, and while Eli Cymet accepts that their youthfulness as developers played some part, he ultimately believes the challenges of game creation can’t be entirely accounted for beforehand.

“A fun expression we have amongst the development community is that there is only one certainty in making games,” says Cymet. “Which is that some things will take one-eighth of the time you think while others will take eight times the amount of time you think and you’ll never know which is which until you embark on the game.”

If redesigning Alto’s Adventure’s systems for Odyssey, along with a slew of technological challenges, provided one half of the reasoning for the newer title’s delay; then the other would be the team's own well-being.

As Cymet said earlier, life happens between making one thing and the next. Cymet also moved across the country following Alto’s Adventure’s success and left many home comforts behind. Other members of the group also saw relationships fade and loved ones pass.

“And part of it, being fully honest, is mental and physical health-related. The reality is that we pushed pretty hard as a team back against the idea of constant crunch conditions and I feel like, to make Alto’s Odyssey what it was on the summer timeline, we just knew we would be staring down the barrel of putting ourselves through a really unhealthy situation.

“I think we made the decision that has, ultimately, resulted in the very best game for players, but also the best real-world situation for our human bodies.”

A future with androids

Alto’s Odyssey was eventually released on the on February 22nd to a warm reception, and while Android fans will face a wait, their patience won’t be without reward.

“We will be bringing Alto’s Odyssey [to Android] in the coming months,” Cash confirms. “We don’t have a release date or any more details on it, but we can definitely confirm that the game will be coming to Android.”

The reasoning behind the delay is notably characteristic of the development of Alto’s Odyssey, says Eli Cymet.

Although it is too, perhaps, characteristic of Team Alto as a whole as endeavouring to capture a feeling that got them this far with Alto’s Adventure, so trusting it here could pay dividends.

“In the same way we approached our initial release window and felt that there was a better game out there for players, we’re a small team with limited resources,” he says.

“We would never want to give Android players anything less than the very best version of the game.”

Alto’s Odyssey has made a promising start to life in the charts in the UK, debuting at fifth in the top paid section on both iPhone and iPad within days of its release.