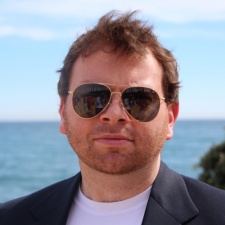 Given recent headlines around the ability of companies to access and analyse large amounts of personal data, privacy is back on the agenda in a big way.

A good time then to talk to Dylan Collins.

The CEO and co-founder of London-based kidtech outfit SuperAwesome has demonstrated marketing can still be successful even in the ‘zero data’ world regulated in the US by the Children's Online Privacy Protection Act (COPPA) and in Europe by the forthcoming General Data Protection Regulation (GDPR-K) legislation.

Nevertheless, working with brands ranging from Activision, EA and Warner Bros to Hasbro and Nintendo, SuperAwesome says it reaches 500 million kids (under 13s) a month through its AwesomeAds ad platform and PopJam mobile social channel.

PocketGamer.biz: Given the amount of coverage they’ve received, do you think the games industry now understands the importance of COPPA and GDPR-K?

Dylan Collins: I think US developers properly grasp COPPA. I’m writing this from GDC in San Francisco and I can definitely say that although some European developers and publishers are talking about GDPR-K, there’s a huge shock coming to the European games industry as they realise what the impact is going to be.

When GDPR’s first fine hits, people will be reeling.

When the first fine hits, people will be reeling. If you’re based in Europe and building or publishing games, read about GDPR-K now!

What have been the biggest challenges developing the SuperAwesome Cloud?

Every product in the SuperAwesome Cloud has had challenges! We essentially invented the kidtech category and being first means doing a huge amount of education with customers and partners.

Being first also means there’s nobody to copy, which probably explains our scale. Globally, we’re now 130 people. We have the biggest kidtech engineering team in the world, bigger than Google and Facebook’s efforts.

When you use any of our products, from AwesomeAds to PopJam to Kids Web Services, you’re also getting access to the top technology experts on COPPA and GDPR-K.

What have been the biggest challenges educating clients about AwesomeAds?

I think it was explaining that AwesomeAds gives them guaranteed kid-safe/compliant ads. It’s not a sales house. It’s not some half-assed COPPA flag filter which isn’t correctly observed. It’s technology built specifically for the needs of the kids audience.

We have the biggest kidtech engineering team in the world, bigger than Google and Facebook’s efforts.

At a broader level, I think the kids industry has been held back by a lack of kidtech tools to help developers build more ambitious games and digital experiences for kids. That’s now changed and we’re starting to see great new kids digital platforms and apps emerging.

SuperAwesome is clear that despite its lack of data, kid-safe advertising is valuable, but can it ever be more than just ‘making the best of a bad deal’?

This might have been the prevailing opinion five years ago but it’s clearly not the case today. The kids digital media sector will reach about $1.2 billion this year, growing at 25 per cent annually (PwC 2017). In fact, it’s now one of the fastest-growing media sectors on the planet.

This has been driven by the availability of kidtech solutions which provide kid-safe functionality for brands and content owners to create more sustainable business models.

How important is the PopJam platform in giving you insights into what new kids trends are emerging?

PopJam has evolved from what was originally just an app to a whole set of tools (native, embedded and video) allowing publishers to have compliant, social functionality with kids.

We have over 200 companies using PopJam to power their kid-safe social engagement so we see a tremendous amount of content and feedback being generated on the platform: hundreds of thousands of social engagements each week.

For this reason, it’s now integrated into the communications tools of many of the biggest kids companies, I think everyone is realising that you can’t use Facebook, Instagram or Snap to run social engagement with eigh-year-olds.

Given current concerns about online privacy and data, do you see a role for SuperAwesome beyond its current kids’ focus?

That’s a really interesting question. We’ve built our brand firmly around digital privacy for kids when virtually every other company in the digital media space was preaching the virtues of maximum data collection.

I wouldn’t be surprised to see the concept of access to a zero-data digital environment become some kind of legal right.

So after years of not really being understood, we’re seeing a rapidly growing appreciation from parents and major consumer brands for our values. As huge as they are, it’s hard to see Facebook or Google as being the trusted family digital brand. I think there’s a huge opportunity to own that.

Do you think we could end up with similar ‘zero data’ legislation for children older than the current legal definition of minors, or even for adults?

This is definitely the direction of travel. GDPR-K has already extended this zero-data environment from the age of 13 - as COPPA originally defined in the US - to 16 in many countries, e.g. Germany, Italy.

From what we’re hearing, most publishers feel that their only practical choice is to adopt 16 as the age of a child across Europe. I wouldn’t be surprise to see the US shift their age upward from 13 in the not too distant future.

I also wouldn’t be surprised to see the concept of access to a zero-data digital environment become some kind of legal right within the next 10 years.

What’s next for SuperAwesome?

At this stage the SuperAwesome Cloud is the go-to platform used by the digital kids industry for kid-safe advertising, social engagement, content and app creation, parent tools and so many other areas.

So we’re always focused on expanding the tools and technology available to developers, brands and publishers in order to increase the size of the kids digital ecosystem. Obviously all while increasing the standard of digital privacy and safety for children everywhere.

Both China and Latam are on our roadmap in the not-too distant future.