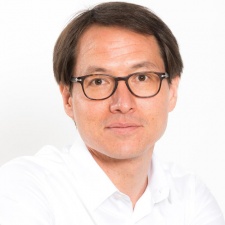 Given the famous Wayne Gretzky quote about skating to where the puck is going to be, the advertising team at Gameloft has good reason to be pleased about their foresight.

“The market is coming to us. The bet we took back in 2014 is paying off,” agrees Alexandre Tan, who during his 14 year Gameloft career has handled everything from being UK MD to running the company’s Apple relationship. He's now the company's VP for advertising and brand partnerships.

“There’s a strong shift toward digital advertising, mobile is the fastest growing digital component, and in some markets digital ad spend is now bigger than TV,” he adds.

This trend has been reflected in the financials from the Gameloft Advertising Solutions division, which generated €37 million ($46 million) in 2017, or 14 per cent of Gameloft’s annual sales.

But this performance hasn’t come from simply choosing a bunch of mobile ad networks to work with and integrating their SDKs. Gameloft’s approach has been more strategic.

Not surprisingly considering the amount of inventory it has available as the number one ranked publisher in terms of mobile game downloads in 2017, Gameloft does run game adverts, but is careful about the placement of competitor brands.

“You won’t see an advert for Real Racing in Asphalt 8,” says Tan, by way of example.

Rather, a key element of that 2014 bet was for Gameloft to build a strong internal creative team that would work closely with the big advertising brands. It currently works with the likes of Mercedes-Benz, Disney, Coca-Cola and Netflix alongside more game-centric brands such as Xbox, LEGO and Alienware.

And the company is now investing further to ensure those relationships will deepen over time.

“We don’t view our advertising business in terms of our games but in terms of audience,” explains Tan.

Building a long-term profitable business will come from a qualitative environment consisting of our games and our clients ads.

“We’re thinking, ‘Who are our players?’ ‘Who do the brands want to reach?’ It’s a case of aligning the brand with the audience.”

Underpinning this is what Tan calls Gameloft’s long-term focus on quality.

“It would have been lucrative in the short-term to have taken the money and run,” he says.

“But as well as the brands, we need to address our players’ interests. It’s taken us 18 years to build our reputation and we want the advertising to enhance and amplify their experience too.”

In this way, Gameloft is careful about ad placement, ensuring it rewards success - a “celebratory moment” - or provides help when players are struggling.

“We’re looking for a contextual message,” explains Tan. “It’s about telling a story and getting players to interact with a brand.”

Of course, in-and-of-itself none of this is rocket science. The correct placement of rewarded video ads is a well understood issue. Where Gameloft is looking to innovate, however, is around the fast-growing interactive or playable video ads.

Significantly, given recent announcements from the like of Google, it’s another area in which Tan says Gameloft is positioned ahead of the pack and, indeed, the puck.

“Two years ago, we set up our own creative agency staffed by our developers who are researching how to increase the engagement and impact of our ads,” he reveals.

“And that’s great because our promise to the brands is these guys are actual mobile game designers so they know what they’re doing.”

One element of this is adding quick time events into existing brand video ads; “gamifying the video” as Tan puts it.

Not only does this boost engagement but it also proves to advertisers players aren’t launching a video to get the rewards without active involvement, as well as demonstrating the trigger for the ad is a real person not an ad fraud bot.

To further improve the situation, Gameloft is pushing for brands to let its team get more involved in generating the original video footage. This would enable it to enhance the experience with deeper engagement by adding more complex and interlinked events.

“We want to make the brands more comfortable about being in our network,” Tan ends.

“Building a long-term profitable business will come from a qualitative environment consisting of our games and their ads.”